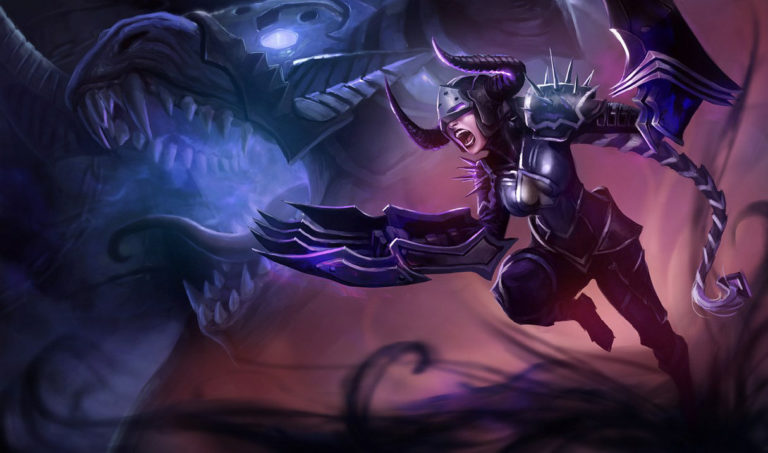 Shyvana mains have asked for more clarity about the abilities of their favorite League of Legends champion. The Half-Dragon is considered not too difficult to master, but her abilities might be difficult to fully comprehend unless you play her. In a Reddit post on Nov. 28, user Ozzyglez112 complained about the toxic behavior experienced by other players who didn’t know Shyvana’s abilities.

Some League players have mastered their favorite champion since the day it came out, but not everyone may know all the abilities in the game—that is why having clear gameplay for all champions is important. In the Reddit post, several League players who field Shyvana in-game said it’s not easily recognizable when Shyvana’s ultimate ability is ready or not, and this causes several communication problems on the Rift.

To unleash her true form with Dragon’s Descent, Shyvana needs to reach 100 Fury points, that besides being generated per second can also be collected by damaging enemies or monsters with auto attacks. Once the Fury bar is full, Shyvana can transform into her dragon form and unleash her true power.

Dragon’s Descent is a powerful ultimate ability, especially during the late phases of the game. To activate it, however, players need to be aware of their surroundings and maximize their Fury bar as quickly as possible. But since the concept of Shyvana’s ultimate is not widely known and the indicator of her ultimate shows the ability ready, some players might think that the dragon is not willing to help during a fight.

In the Reddit post, various users suggested that the issue could be fixed if the indicator of the ultimate ability would light up green only when the Fury bar is maximized and not just when the cooldown of the ability is up.

Shyvana is long due for a rework, and this might be one of the tweaks that could be implemented to improve her gameplay.