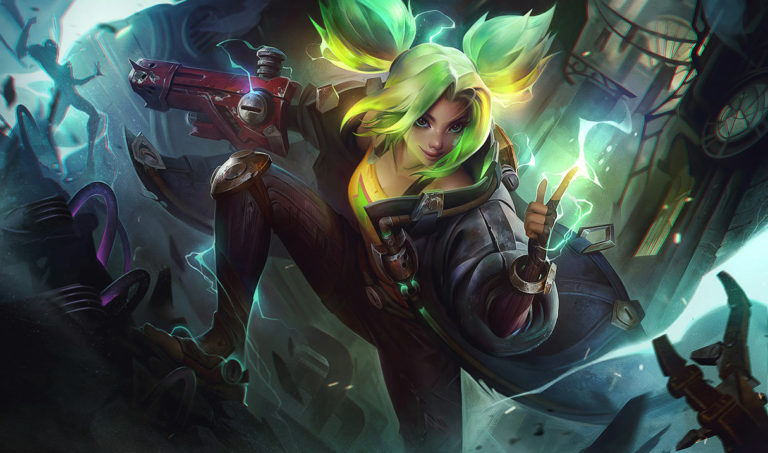 After three weeks of the preseason update, the time has come for Riot Games to introduce another set of major changes to League of Legends with Patch 12.23.

As expected, the patch focuses on a handful of champions. In total, 10 of them are receiving buffs, with champions like Zeri getting completely revamped. On the other hand, champs like Yuumi and Shyvana, who boasted high win rates in Patch 12.22, have been nerfed.

Ravenous Hydra and Sunfire Aegis are the two items that are receiving changes in Patch 12.23. The devs also evaluated the new jungle after some massive changes in the latest update and tweaked it with Patch 12.23. ARAM is seeing some updates this time around, too.

Without further ado, here are all the notes and updates for League Patch 12.23.

Frostgates: Frostgates will be present from the beginning of the game and will teleport you directly from your Nexus to your outer tower. Once your first tower is destroyed, the Frostgate will then link to your team’s inhibitor tower where it will then stay for the remainder of the game.

Tower Rubble: When outer towers are destroyed they will collapse and leave behind a pile of rubble which will be treated as new terrain.

Brushing Up: There is now one new brush in the middle bottom side of the bridge. The brushes between the outer and inhibitor turrets have also increased in size.

Under Repair: The gaps on the bottom side of the bridge have been filled in and are now traversable

Not so Fast: Players will no longer be able to activate Battle Boosts within the last 10 seconds of champion select

You’re Welcome: Allies will now be able to tell which player gifted their team a Battle Boost

Master them All! Players will now be able to see which champions they have not yet received S-Rank Chests for in ARAM champion select

Passive – Goes Where He Pleases

Mega Mundo Heals: At rank 3, Mundo’s R’s healing effects are increased by an additional 5 percent per nearby enemy champion

Auto Attack Reset: E will now partially reset auto attacks in K’Sante’s base form, and will be a full auto attack reset while in his All Out form

Wall Forgiveness: Adjusted E so that if K’Sante is very close to dashing through a wall he will now go through the wall

Stacks Be Gone: This spell no longer requires a certain number of stacks in order to be cast

W – Force of Will

Cooldown: Fixed a bug where upgrading Q could reset its cooldown

Kerchow: If Zeri’s R hits at least one enemy champion, Zeri gains 10 percent move speed, 30 percent attack speed, and chaining shots for 5 seconds. Hitting champions with Q or auto attacks refreshes this buff by 1.5 seconds. (Note: this buff cannot be extended to be longer than its original duration.)

Making a few follow-up changes to the Preseason jungle adjustments introduced in the last patch.

“In this Mythic Shop rotation, we’ll have two Unvaulted Prestige skins, two Unvaulted Mythic skins, and a new Seasonal Mythic skin (with accessories). Similar to our End of Year Prestige Point shop, the Mythic Essence icons are returning alongside a couple of previously offered Grab bags.”

“We want it to be easy to get to the fun of League without having to do a ton of research beforehand. So like we added item recommendations to the shop, we’re also adding a rune recommender in champion select! You can access it by hovering or locking in a champion and clicking the new icon next to the edit rune page button. We have a few more planned additions for this feature and will be keeping an eye on your feedback to improve it over the next few patches!

Added the Rune Recommender to champion select for all game modes. These recommendations are tailored for your champion, position, and come with optional summoner spell recommendations as well. Like in-game item recommendations, these will be updated each patch.

All players have a free temporary rune page that the recommender will overwrite in each champion select. To permanently save a recommendation to your collection, you can add it in the post match screen.

The five preset rune pages have been removed.”

“Draft strategy is an important part of the game in queues that support drafting, so we want to make it easy for your team to optimize its draft for success. Currently there are a lot of opportunities for things to go wrong for players trying to swap their pick order — you have to communicate in chat with the person you want to swap with, have the champion that the other player wants, and then successfully trade champions before the game starts, all while preparing your rune and summoner loadouts. We’ll be streamlining this process by letting you swap pick order with the press of a button!

In matchmade queues with drafting, during the declaration, ban, and pick phases, you can now press a button next to ally portraits to swap pick order with them. When there is five seconds left in a phase, in-progress order swap requests will be canceled. If your order swap request is declined, you cannot initiate another request with that player.

Champion swapping during the preparation phase is now initiated by clicking on the allied champion’s portrait instead of a button next to the portrait.

“We’ve heard feedback that with the only difference between ally’s names in champion select being the numbers 1 through 5, it can be difficult to tell who’s speaking, particularly when a lot of people are talking at the same time. So now you all get code names!

Ally one -> Ally five have been renamed to Gromp, Murk Wolf, Raptor, Krug, and Scuttle Crab for improved clarity around who is speaking in champion select chat.”

The ARAM AFK threshold has been changed to 120 seconds from 90 seconds.”

In champion select, ‘Sort by Favorites’ is the default sorting option. Note: The fallback option is ‘Sort by Name’ so a player who does not have any favorites selected will still have the same experience.

A player’s selection for “Sort by” preference is saved between champion selects.”