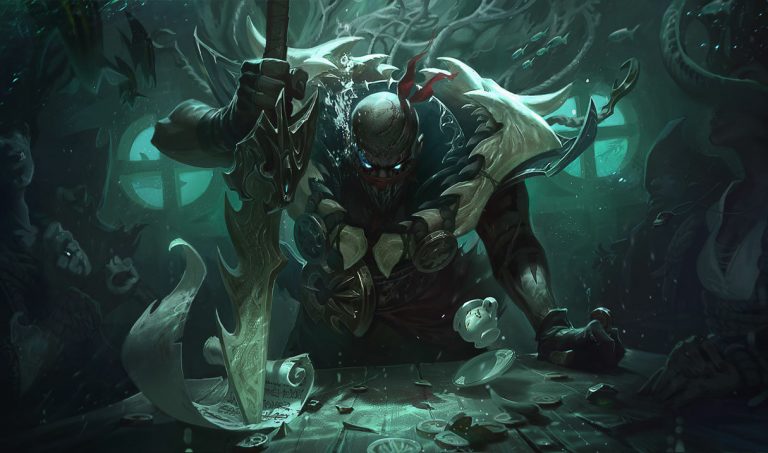 A League of Legends fan has created a new Among Us-inspired skin for Pyke—and it’s as weird-looking as you might imagine.

The skin brings the iconic Among Us suit to Summoner’s Rift, turning Pyke into a red character with a knife in hand, a huge helmet, and a backpack. The skin, which was created by Un Pelotudo Jugando on YouTube, also uses sounds from Among Us, like entering and leaving the vent while Pyke launches his Ghostwater Dive, for example.

Among Us models are notable for missing arms, with just tiny hands visible. The featured Pyke skin is no different since it doesn’t have arms at all, and only has wrists, with one of them grasping onto a dagger.

While the skin itself doesn’t have many details, the creators made sure it included a handful of sounds and animations from Among Us. While the champion is recalling to the base, it navigates an enormous Among Us model, with the sound also similar to one from InnerSloth’s production when a player is using a radio.

When Pyke dies, a sound of being ejected into space is played, which all Among Us players should be familiar with. The sounds change while Pyke scores a multi-kill as well, with each sound varying from the other.