Home League of Legends Blog League fans only want one skin for the holidays, but Riot won’t give it to them 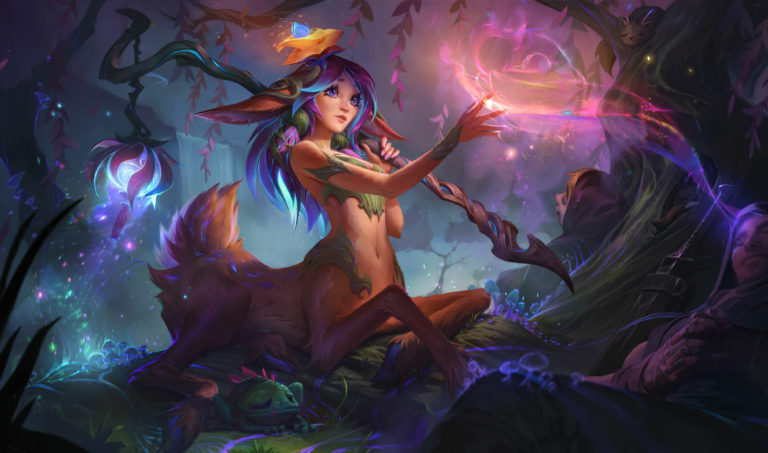 Holiday-themed skins in League of Legends are some of the most anticipated cosmetics among fans each year. Whether it be through the Snow Day, Sugar Rush, or new Winterblessed skin lines, Riot Games enthralls fans with the champions it decides to dress for the winter season.

Yet as new champions join these existing universes, fans continue to ponder why the champions that seemingly fit perfectly into the winter theme are left out of the festivities. One of these many champions is Lillia, League’s centaur-esque champion that many feel perfectly encapsulates a possible reindeer-themed skin.

Two years ago, artist and Reddit user u/Harimii created a rendition of Reindeer Lillia, completely encapsulating League fans in the belief that an official skin like this would inevitably be released. But Lillia has not yet been a part of any holiday skin line since her release, thus bringing this artist’s creation back to the front of the community discourse.

The concept art includes not only Reindeer Lillia’s splash but also what each of her abilities would look like. Her Q and W include snowflake patterns within their circular ranges, while her E tosses a snowball akin to Nunu and Willump’s W—though without the ability to grow larger over time.

Her ultimate simply turns the sleeping icon above the enemy champions into a snowflake—a subtle yet efficient way to make all of Lillia’s kit festive outside of just her model. The original post also includes an icon, profile border, and emote based on the fan-made skin.

It remains unclear if Lillia will ever be the recipient of a skin in one of League’s many winter-themed universes, though passionate fans remain hopeful with the creation of fan art such as this. This year, players can enjoy the holidays with the new Winterblessed skin line that includes Diana, Warwick, Shaco, Zoe, Zilean, and Swain.