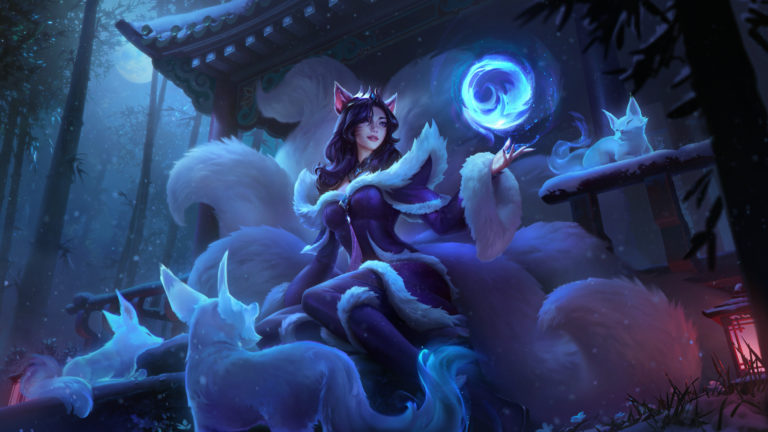 Besides a visual update in League of Legends, Ahri is set to receive some balance changes in the near future.

Changes to three of Ahri’s abilities, Q, E, and R were uncovered by data miner Spideraxe on Jan. 11. Her former ability is set to receive some nerfs, while the other two will be taking on buffs.

Ahri’s Orb of Deception is about to be slammed with the nerf hammer. The mana cost of this ability was increased to 60 to 100 mana on the PBE servers, while the ability power ratio was reduced to 40 percent. This should significantly impact the ability’s early and late-game prowess.

On the other hand, the Nine-Tailed Fox will have a stronger Charm and Spirit Rush.

Her E has seen a cooldown reduction on the PBE servers, with it taking 12 seconds now to come back from cooldown. The duration was slightly increased as well, from 1.2 to two seconds to 1.4 to two seconds, meaning it will be more deadly in the early game.

Last but not least, Ahri’s Spirit Rush cooldown was also decreased to 130 to 90 seconds from 140 to 90. On paper, this should allow Ahri players for more regular aggressive plays since this ability is pivotal for following the enemies and leaving the battlefield unscathed.

Riot Games hasn’t confirmed when these changes will be added to the live servers. With them being on PBE, however, they could be launched as soon as Patch 13.2, which is scheduled to release on Jan. 25.

The balance update isn’t the only update coming for the champion, since the devs already teased her art update on Jan 7. This update doesn’t have a confirmed release date either.