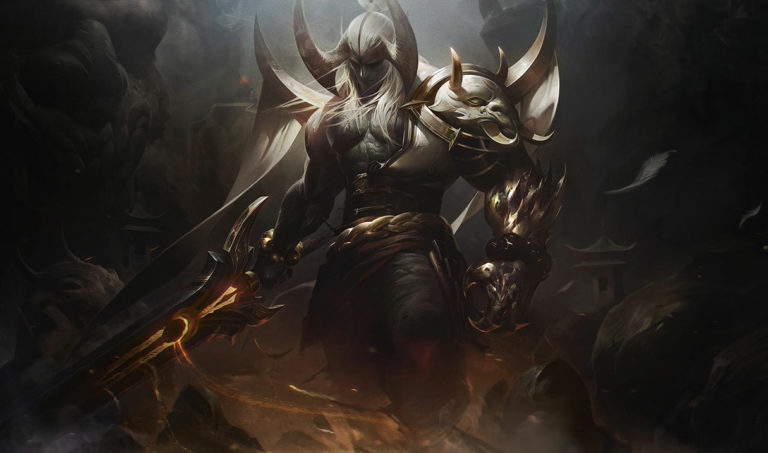 Actor Henry Cavill recently expressed his love for Arcane and now we can’t help but wonder what champion he might be cast to interpret if Riot Games ever decides to produce a League of Legends-based action movie or TV show.

League has more than 150 champions right now, and to narrow down the choices for Cavill’s role in this speculative scenario, we defined some necessary features that a champion must have to be eligible for the list. First, the champion needs to have the so-called “big guns,” a distinctive trait of many characters previously interpreted by Cavill and a feature that most fans certainly won’t complain about.

Second, the champion that Cavill would be fit to portray has to be not only central to the story, which would justify the involvement of an actor of his caliber, but also should have extensive lore. It’s no secret that Cavill loves characters with a certain depth to them, especially when it comes to games close to his heart, and a champion with an extensive background story would certainly intrigue the actor more than an NPC.

Lastly, champions that have already appeared in Arcane will not be taken into consideration. This is because it’s highly unlikely that Riot would tap into another story centered around Piltover and Zaun if it were to produce a live-action movie. With 10 established regions in Runeterra and a world in expansion, it would be ideal for Riot to share with the general public even more stories from all over League’s universe.

With his talent and dedication to his characters, Cavill could certainly portray any League champion—yes, even Zyra or Heimerdinger. But having a champion with some similarities to Cavill’s past interpretations would make it easier for the audience to recognize him and the character he portrays. With this in mind, let’s take a look at what champions from League would be ideal to have Cavill portray.

With some prosthetic makeup, a very big sword, and an evil persona, Cavill would bring to life a great adaptation of the Darkin Blade. Considering how, in recent times, Riot has revamped and expanded the lore related to the Darkin race, a story around the fallen ascended heroes of Shurima would attract a lot of League fans and beyond.

Those who know Mordekaiser’s lore understand how interesting it would be to see his first conquests and the building of the Immortal Bastion. Having an experienced actor like Cavill play the role would give the champion the respect he deserves. Similarly to Aatrox, to play Mordekaiser, Cavill would need to tap into a more calculating and evil character than what he has been used to. But it would be exciting to see him play the Iron Revenant even just because he’d be wearing what is probably the most magnificent armor in League.

Braum, the Heart of Freljord

Significantly different from our previous pick, Braum comes onto our list because of his similarities with Cavill’s heart of gold. In fact, both Braum and the actor are known for their kindness with the people that surround them—and their impressive physiques. Cavill has already proved that he can grow a mustache worthy of a Freljordian, but the challenge would be to rock the bald head of Braum.

One more champion from the Freljord comes onto our list, but this time it’s the king himself. Tryndamere has an extensive lore that would allow the producers to write a story full of war, revenge, love, and many Easter eggs from League. Additionally, the warrior’s sword and awesome armor would be a good incentive for Cavill to play the role since they fit his style.

Pantheon stands out from all the other possibilities because his lore is tied to Mount Targon, making the possible story about it even more grandiose. The Aspect of War has an intricate story even before the arrival of Pantheon, and the possibilities of storylines with the various monsters and aspects that live on the mountain would make for an interesting movie—or even a TV series. And Cavill would have the challenge of rocking Pantheon’s typical mohawk hair and his warrior gaze.

One of the most complete and intricate stories that Runeterra has is the historic rivalry between Demacia and Noxus. Thus, having a movie or TV series explain its beginning would be epic, to say the least. A proud and noble warrior, one of the Dauntless Vanguard, and part of the prestigious Crownguard family, Cavill would fit perfectly in Garen’s role as the golden boy warrior.

Garen is often associated with Darius, but that role should be conserved for an actor more mature in age than Cavill, who has a more juvenile face. But a direct opposite of Garen that also fits in the possible villain category is Sylas, whom Cavill could easily portray. The Demacian mage has lore rooted in racism and social injustice that would make a great story for modern days in a fantasy setting.

Last but definitely not least, the final champion on our list is Sett. The Boss does not have extensive lore, but that means a movie or TV show could be an opportunity for Riot to further expand the view on Ionia’s wounded land by showing its criminal underworld, of which Sett is a leader. Additionally, it’s undeniable that having Cavill portray Sett even just for a fist-fight cameo would be a sight for sore eyes. Did we mention Sett has Vastayan ears?

Ex TSM Pro STOMPED Me With This Build… SO I STOLE IT!