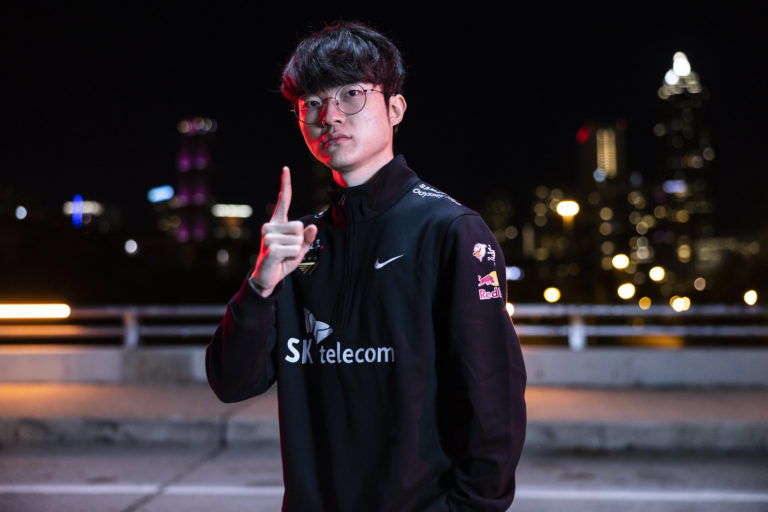 As of Nov. 21, free agency has officially kicked off across the globe in the world of professional League of Legends.

Despite the fact most major region teams already have reported rosters set for 2023, there are still a ton of intriguing names left in the free-agent pool.

Before diving too far into the LCK, it is important to mention their free agency window starts a little later, on Nov. 22. Western LCK fans should expect a ton of signings to fly around the late hours of the night on the 21st of November.

That being said, there are a ton of really interesting names hitting free agency from the Korean scene of professional League.

First off, it is once again that time to over-speculate about the feature of League’s greatest-of-all-time, Faker.

Currently, the three-time world champ is the only member of T1’s starting lineup to become a free agent. Every year Faker’s contract has ended with T1, tons of teams reach out to make offers hoping to pry him from the only team he’s ever suited up for. This year is no different, with the intriguing part being the majority of teams contacting Faker are from the LCS.

The two orgs heavily involved in attempts to poach Faker to North America are Team Liquid and FlyQuest. Liquid has even gone as far as to put an offer down after multiple rounds of discussion. TL is currently in the midst of trying to create an all-Korean speaking lineup, which explains why the org is so invested in trying to sign Faker.

Ultimately, Faker stepping away from T1 would be difficult as he, like Bjergsen with TSM in the past, owns a stake in the org.

The other big name set to hit free agency is Gen.G’s star AD carry Ruler. The former world champion decided to set away from Gen.G earlier this month after a disappointing finish at Worlds. Ruler is by far one of the most decorated and talented AD carrys in the world, making him a very hot commodity.

What might be the craziest rumor in the East does revolve around Ruler potentially stepping out of the LCK for the first time in his six-year career. Fellow free agent DoinB has been streaming a ton this off-season and talking a lot about the future of potential rosters in the LPL. Chinese team JDG, the top seed from China at Worlds 2022, was brought up by DoinB as the next stop for Ruler.

Ruler went on to deny the claims from DoinB, but that didn’t stop social media from running wild with a new potential JDG super team for 2023.

Despite winning Worlds 2022, it was just recently announced even DRX may look different heading into next split. For right now, all five members of the defending champions roster are set to become free agents, according to DRX themselves. The team did mention they will try their best to get all members to renew their contracts, but a ton of LCK fans expect top performers like Kingen and Zeka to explore their options fully.

The last two biggest free agents heading into the official start of the LCK’s off-season come from DWG KIA.

The 2020 world champion organization has begun clearing house after coming up short at Worlds 2022. Both top-laner Jang “Nuguri” Ha-gwon and AD-carry Seo “deokdam” Dae-gil are now free agents after being released. It looks like DWG KIA have decided to try and rebuild their roster around Heo “Showmaker” Su and Kim “Canyon” Geon-bu. Despite inconsistent play across the Worlds 2022 tournament both Nuguri and deokdam remain high-caliber talent and should land on their feet once free agency begins.

All LCK players off-contract of 2023

Top LPL Free Agents: Too many heavy hitters to count!

There is no exaggeration here, the sheer amount of LPL free agents is insane. Free agency has officially begun in China, but there aren’t a ton of reports and rumors to find. On top of that, a majority of the regions rumors do stem from DoinB’s streams, which should be taken with a grain of salt.

That being said, here’s a list to try and capture how many high-level LPL players are coming off contract as free agency begins:

The initial takeaway heading into LPL free agency is to expect a ton of switching around from the top orgs in the region. The only team that looks likely to keep its superstars despite failing to win Worlds 2022 would be EDG. The latest rumors state EDG is likely to keep Viper and potentially Scout for 2023⁠—a big get for the most disappointing LPL team at Worlds.

The only other somewhat credible rumor to fly around LPL fans revolves around a switch-up with Worlds 2022 top-seed JDG. Currently, Kanavi is the only set free agent, but according to DoinB’s stream he should be back with the squad.

While LPL free agency begins, it seems most fans of the region really only trust DoinB with any sort of rumors on potential rosters for 2023. This makes figuring out starting rosters difficult, but fans can expect a lot of turnaround for the LPL with so many players on expiring contracts.

Building up to Monday, Nov. 21, a lot of the high-caliber free agents in NA have now reportedly found homes. Just recently high-profile free agents like Spica and Impact have verbally agreed to join FlyQuest for the 2023 League season. Despite this, there are still a couple of intriguing names in the LCS without an org for 2023.

The biggest fish still out there has now become Abbedagge. The former LCS champion is the only free agent left from all the teams that represented NA at Worlds 2022. With Bjergsen reportedly moving to 100 Thieves, Abedagge is now forced to find another org and there isn’t much reportedly left. The only rosters without a reported mid laner for 2022 seem to be Liquid and FlyQuest. Liquid is already a likely ‘no’ for Abedagge as they look to form an all Korean-speaking squad.

That leaves FlyQuest, who reportedly have their full roster done, according to PapaSmithy himself. Whether that features Abbedagge in the mid lane is yet to be seen⁠—and Dot Esports suspects it’s unlikely too.

The only other notable free agent out there currently seems to also come in the mid lane. With Dignitas’ overhauled roster headlined by Santorin, Armut, IgNar, and Jensen, former DIG top laner Noh “Gamsu” Yeong-jin is without a home for 2023. Gamsu was one of the few bright spots on DIG’s roster last split, and has played with the likes of Fnatic and Samsung in his career. Currently, there is no reports or rumors on where he could land for next split.

All LCS players off-contract of 2023

Thanks in large part to reports LEC Wooloo (aka Briuec Seeger), we already know most Europe orgs have locked up their starting lineups for 2023 .

That leaves not a ton of top-tier free agents still on the market, but there are some interesting names that won’t be competing in the LEC next year.

To start, one of the oldest names in European League s, top laner Kiss “Vizicsacsi” Tamás. 2023 would have marked the Hungarian top laner’s tenth season at the highest level of European League, but reports from Alejandro Gomis have him replaced at Astralis. Former Excel top laner Finn “Finn” Wiestål is set t start for Astralis next split, stranding Vizicsasci in free agency.

The other big-time LEC player who will be without a home for 2023 is support Eric “Treatz” Wessén. Treatz was reportedly replaced at SK Gaming in favor of former LDLC OL support Mads “Doss” Schwartz. Treatz didn’t confirm the replacement but posted on Twitter confirming he’ll be teamless heading into 2023.

Despite spending time in the LCS with TSM, it seems like Treatz either did not want to leave the LEC or did not receive any offers from NAhe liked enough to move.

All LEC players off-contract of 2023

Even with a ton of rosters already finalized before 2023 League free agency truly began, there are still a ton of high-profile professional players to watch as the off-season goes on.