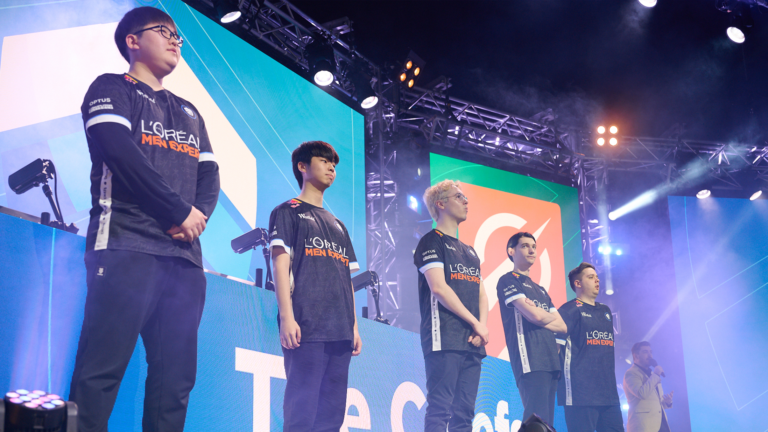 With the 2022 World Championship firmly in the rearview mirror, League of Legends teams around the globe now face another challenge⁠—free agency. In Oceania, that means sweeping roster shuffles, new-look groups, and a rush to build a title-worthy lineup before Split One in January.

Last time out, The Chiefs won handily. The team’s maiden League loss of the entire split came in the grand finals, when Pentanet.GG took a game off them in a 3–1 battle at Melbourne Olympic Park. Before that, they’d run 24–0.

That near-historic run was dampened a little by the squad’s winless campaign in North America at Worlds, but their domestic dominance cannot be ignored.

2023 marks a period of change for Oceania as a region too.

Starting from LCO 2023 Split One, any Australian team hoping to play internationally faces a tougher road. As confirmed by Riot last month, Oceania will send two seeded teams to the PCS playoffs. (This marks the first time in League history Australia hasn’t had a direct pathway to international events.)

Here’s all the 2023 roster news ahead of January’s start date.

The Chiefs will always have their 27–1 run in Oceania, but a sobering Worlds sweep in Mexico City has led the reigning champions to another roster reshuffle. Their eyes will be on retaining their crown after snapping a six-year wait to ascend the Australian throne for the fifth time.

According to early LCO reports, the champs will be retaining AD carry Raes for their 2023 lineup. The org will add ex-ORDER duo BioPanther (top lane) and Kisee (mid lane).

Coach Babip will also return to a playing role as the roster’s jungler.

The once-reigning kings of Oceania enjoyed two postseason runs in 2022 but were punted out of contention in fifth both times. If rumors around the organization’s new lineup are true, DW fortunes could change again next year.

Ground Zero Gaming is replacing ORDER in the LCO. The long-standing Oceanic org acquired the franchise slot after ORDER went into administration.

Kanga snuck into the LCO postseason last split with a mixed 10–11 record and contested their first League finals bracket. They knocked fourth-seeded Dire Wolves out in four before a finals-bound PGG swept them out of finals.

Despite boasting a strong lineup, PEACE slid to sixth with a 9–12 record in Split Two last season and failed to contest finals. The question of player pay (they have failed to pay a host of their players from the 2021 and 2022 seasons despite promises otherwise) still hangs over the org’s head.

PGG ran third last split and lost to ORDER in the upper bracket. They rallied in round two, blew Kanga away in three, ousted ORD in the revenge match by the same margin, and took a game off the previously invincible Chiefs in a grand final defeat. Expect Pentanet to stay right in the title hunt in 2023.

Reports have tipped PGG to run a bot lane combo of Violet and Apii. The departing PEACE pair last played together in the duo lane with Avant Gaming in the last-ever OPL split in 2020. Apii has role-swapped to top then mid since then.

Veteran star Shernfire will return to OCE to play jungle for the team.

Bliss is the second of two LCO newcomers in 2023. They acquired a League slot from perennial wooden spooners and competition strugglers Gravitas.

The LCO and Oceanic League action is expected to return to our screens towards the end of Jan. 2023. Split One started on Monday, Jan. 24 earlier this year.

Ranking all the imports headed to NA for LCS 2023 Spring