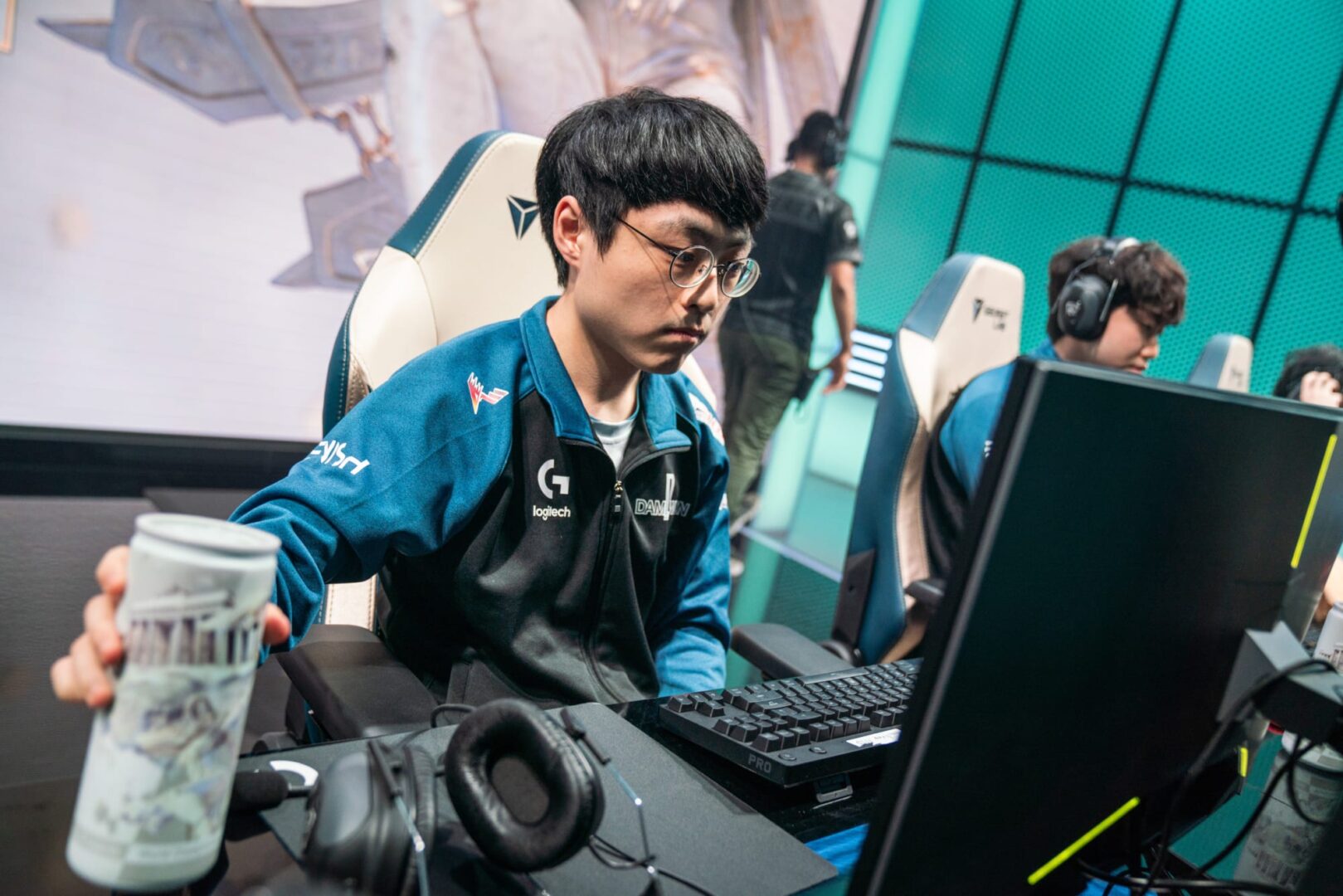 The LCK finals are on Sunday seeing the two clear best teams in Korea of Gen.G and T1 facing off for the LCK title. A repeat of the spring finals means both teams automatically qualify for worlds and are mostly fighting for the top seed at Worlds. This leaves the other two spots open for the regional finals out of the other four top championship point-getters. The four remaining teams are in order of points DRX, KT Rolster, Liiv SANDBOX, and DWG Kia. The regional finals take place in a waterfall bracket format which will see LSB and DK pitted against each other for a world spot with the loser facing the winner of KT and DRX.

Sandbox finally gets a fair fight for a world’s spot as they take on Damwon Kia for the third spot in the LCK. Sandbox’s season was from zero to hero as the readdition of Prince made this team into one of the best and most exciting in Korea. Sandbox is not scared of any team in Korea and has shown that with their playstyle throughout the entire season. Prince is the most obvious carry on the team but Clozer has reemerged as a strong player after struggling for the first part of the year while Croco and Kael have been hugely impactful all year. If Sandbox plays their game they will remain the heavy favorites in this matchup and should take a spot at worlds for Korea.

Damwon is in my mind the most disappointing team in the world this split. They readded Nuguri and had expectations of winning worlds again. What actually happened would be inconsistency across the board as they struggled against other top teams in Korea winning just two series against other playoff teams. For a team with the talent that they have played as a fringe playoff team is unacceptable. They were gifted a win against KT from the cloud dragon fiasco but you can never count this team out. It’s been said all year but if Showmaker, Nuguri, and Canyon play to their star level that they can this team will make worlds whether against Sandbox or in the lower bracket.

This game will be played Thursday, September 1, at 1:00 am PST

DRX after a disappointing season and KT after a disappointing playoff appearance will face off against each other to even compete for a spot at worlds. KT will come in as the heavy favorites as they finished the regular season solid with Aiming, in particular, looking like a top-five ADC in Korea. They were favorites over a struggling Damwon team in the first round of the playoffs but decided that Cloud Soul was more important than winning the game so here they are in the bottom half of the regional finals. KT is still a very good team with strong players across the map. If they play their game and don’t tunnel vision Cloud soul they should win this quite easily.

DRX on the other hand struggled heavily in the regular season getting into the playoffs as the last seed and then continuing to struggle in the playoffs losing 3-1 to Sandbox. Deft is still Deft but with some help in the other lanes and a good performance from Pyosik they may be able to find a way through the sometimes shaky KT team. Who knows maybe KT won’t feel like defending their nexus again.

This game will be played Friday, September 2, at 1:00 am PST

Ranking the Hardest Roles in League of Legends By Difficulty