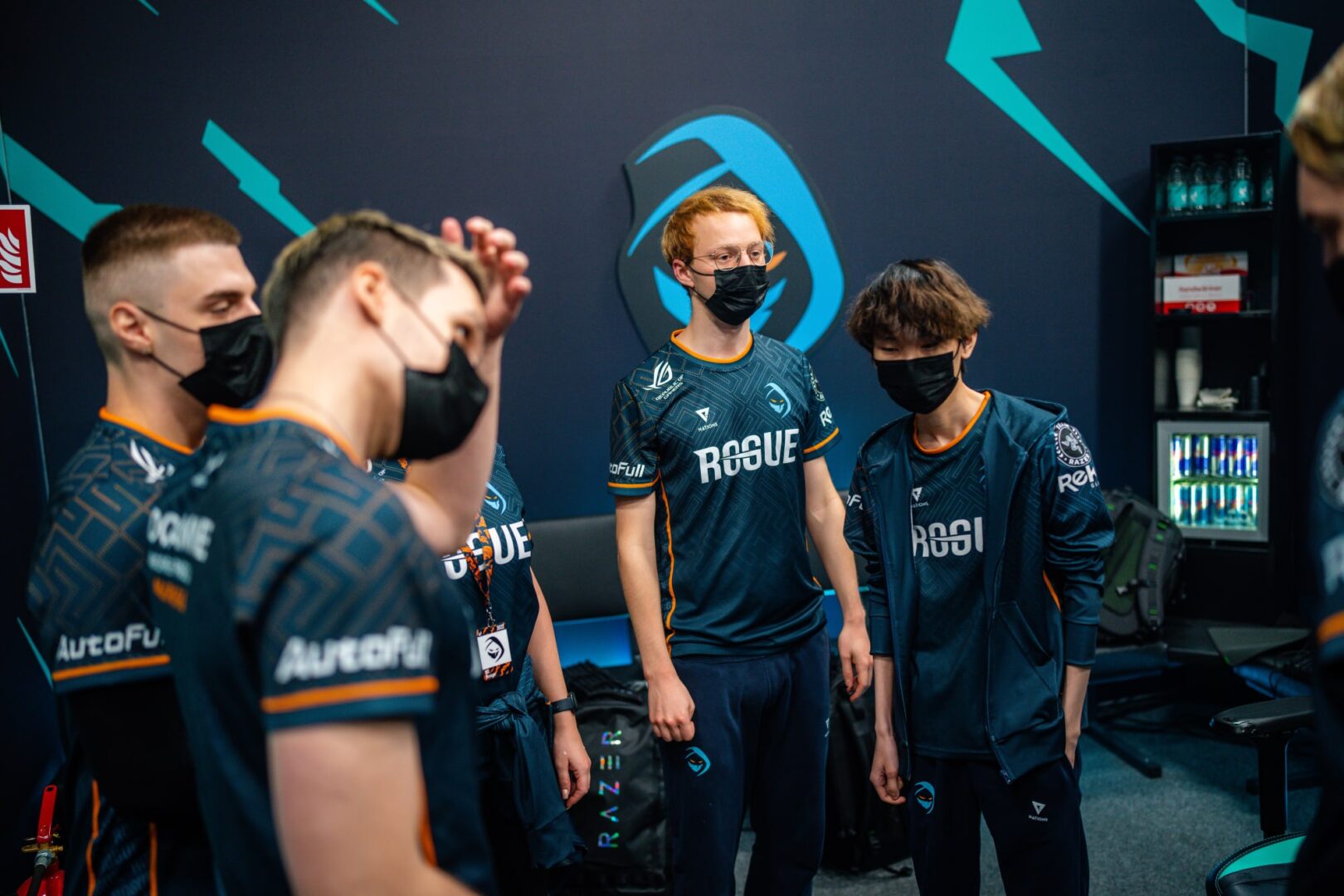 The biggest mismatch of the knockout stage Rogue, the last remaining western team who had recently upset Top Esports to advance out of the group stage took on tournament favorite and LPL powerhouse JDG in the first quarterfinals series.

JDG came out of the gates firing in-game with Kanavi being placed on Graves he created a jungle gold canyon being up over a hundred cs over Malrang. His blistering tempo took control of the game from the get-go allowing for his laners to scale up critically in the top lane where Rogue had opted for a blind Renekton that was quickly out scaled by 369’s Gragas. This early lead would be too much for Rogue and see JDG come out unscathed in game one.

In the second game, Rogue did not seem to learn their lesson with repeat picks in both the bot lane and mid lane. Rogues bot lane continued to struggle against JDG seeing a cs difference form again while Kanavi on Viego ran around the map creating chaos for Rogue. A small hiccup in a top jungle fight would not be enough for Rogue to come back as JDG snuffed out any hope of Rogue’s to comeback.

Finally in game three major changes come out from Rogue as they switched up the bot lane pick and went for a truly early game-centric comp. It would work out early as a two vs two fight in the bot lane would see Rogue getting a clean double and taking an early gold lead. It just was never enough as JDG’s composition and players were overall too much for Rogue to handle. The game was the closest of the series but from the outside view, it was never one Rogue really had a chance in.

Rogue surprised everyone in week one of group stages finishing 3-0 and while week two was much sloppier they still made their way to the quarterfinals and should be proud of the achievement of the last western team eliminated from Worlds.

JDG dominated as everyone expected and advanced to the semifinals where they will play the winner of T1 vs RNG which will be played tomorrow at 5PM EST.

Jankos to depart from G2 Esports after 5 seasons with organization