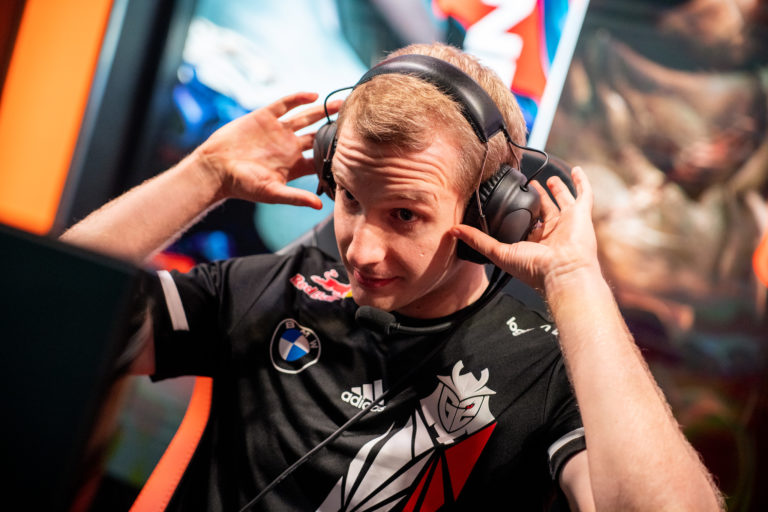 The notorious roster-leaker Jankos is back at it again, this time suggesting yet another addition to the League of Legends roster of his former team for next year.

During a recent stream, Team Heretics’ jungler Jankos—who formerly played for G2 Esports for numerous years, having earned multiple titles with them in the LEC—appeared to leak that Mikyx will be rejoining G2 as the team’s support for the upcoming Winter Split. Jankos has also leaked other changes to G2’s roster, including the addition of Yike to the team’s jungle position, all of which have been publicized by G2 on the organization’s official Twitter but not explicitly confirmed.

Over the past few months, G2 has announced the departure of a handful of its players, including Jankos, Targamas, and Flakked, leaving fans unsure of what acquisitions the team would be making to participate in the LEC next year—which has undergone massive structural changes. It has been reported that Yike, Mikyx, and Hans sama will be joining BrokenBlade and Caps to solidify the G2 roster for next year.

Mikyx is one of the longest-standing members of the LEC who is still active within the scene. He was most recently the support for Excel though spent nearly four years of his professional career starting for G2—having joined around the same time as Caps, who he may be playing alongside once more. He also notably spent a year with Misfits, where he laned with Hans sama, though the two have not been a part of the same team for a number of years.

G2 has not yet officially confirmed any part of its 2023 LEC roster, though acknowledging Jankos’ streams appears to give credence to the various reports. It is expected that the team will announce its roster in full within the coming weeks, prior to the start of the 2023 Winter Split on Jan. 21.

Can a Yuumi rework repair years of vitriol from League fans?

The most exciting LCS players to watch in 2023