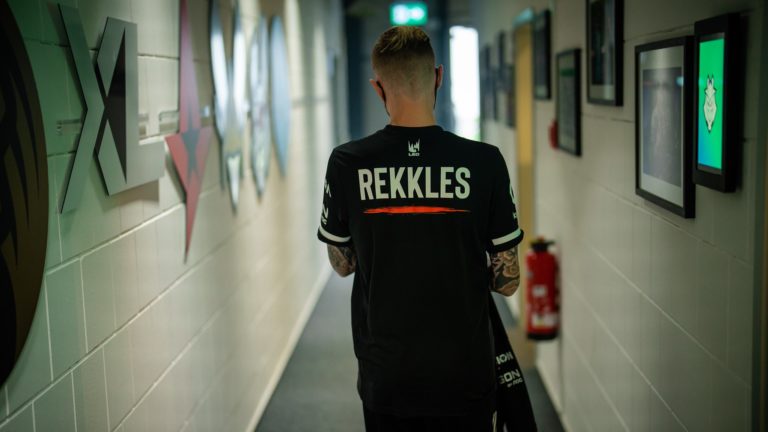 Martin “Rekkles” Larsson has historically been one of the best professional AD carries Europe has to offer. But after an unfortunate run with G2 Esports, Rekkles joined Karmine Corp. Although his time with the team has been successful, Rekkles expressed that he’d be more than happy to return to LEC, but his ex-teammate, Tim “Nemesis” Lipovšek, thinks his chances are slim.

After hearing the news that KCorp won’t be joining the LEC next year and Rekkles wishes to return to the league, Nemesis said there’s a slim chance Rekkles will join a team. “I think is just sad that there’s a very, very low chance Rekkles gets any team, I think—because there’s no spots in LEC anymore… It’s looking fucking doomed,” he said.

Although Rekkles spent six long years with Fnatic and basically became synonymous with the name, Rekkles parted ways with them and signed a contract with their rivals, G2. The G2 team, which looked promising, simply couldn’t find a common language with Rekkles.

This resulted in Rekkles leaving earlier than expected and joining the French team, ⁠Karmine Corp. Although he had a good run with KCorp, Rekkles revealed during his recent stream he really misses both the LEC, and that he would be happy to return.

It’s unlikely Rekkles will star in a team next year because Europe is stacked with AD-carry talent like Elias “Upset” Lipp and Matyáš “Carzzy” Orság who probably won’t be leaving their squads any time soon.

The teams who didn’t sign a star AD carry like Upset or Carzzy invested both time and money into a young talent like MAD Lions with William “UNF0RGIVEN” Nieminen. Although we would all be happy to see Rekkles in the LEC once again, we have to admit that the chances are slim.

Gamebreakers: The 4 semifinals League stars who can win Worlds 2022 for their teams