Home League of Legends Blog Isurus Seiya on representing the LLA at Worlds: ‘My dream is to bring a Latin American team to the group stage… I have to do it’ 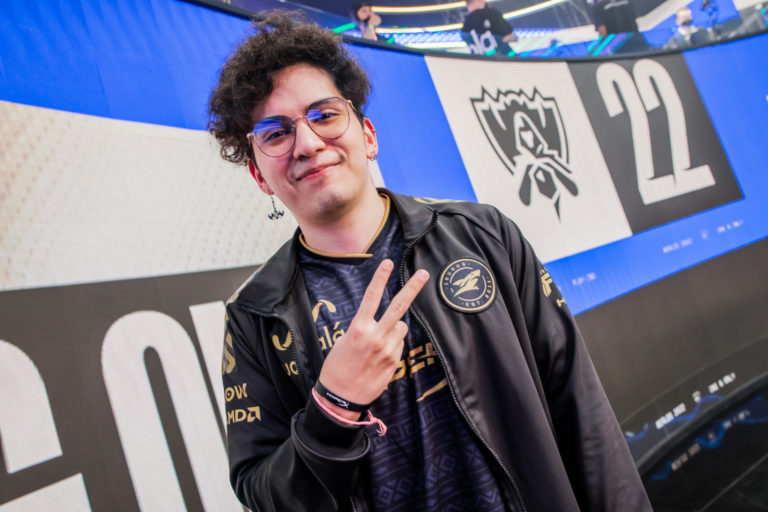 For many League of Legends fans overwhelmed by the amount of professional play held across the globe at all points of the year, the World Championship acts as one of two annual international events where they can see minor regions compete at the highest level. Yet, within these minor regions lay passionate fan bases, and even more passionate—and decorated—players.

The LLA was one of the many minor regions that fought through this year’s play-ins stage, representing the Latin American professional scene. Aiming to finally bring international glory home to the LLA was Isurus, a team that bounced back from a rough opening split to emerge as the region’s Worlds reps after the closing playoffs.

The team’s mid laner, Édgar Ali “Seiya” Bracamontes Munguía, has remained an important part of the LLA for over a decade, having accumulated nearly 17 domestic titles for himself across a number of teams.

To continue competing and representing his home country of Mexico, where play-ins took place for the first time, has provided the mid laner with memories to last a lifetime.

“I don’t think anything can compare to the feeling of competing in an arena in front of fans, especially in international tournaments like this,” Seiya told Dot Esports.

“I am beyond happy to have been part of this for so many years.”

Isurus’ run at Worlds proved difficult from the very beginning, even with the home crowd chanting for them throughout the entirety of their matches. Attention flooded towards the LLA representatives in their first match against the reigning MSI champions RNG, all thanks to a few peculiar picks that—while didn’t win them the match—left a lasting impression on the region’s willingness to bring fun into their games.

Not only did Seiya lock in Sion mid for this important match, but the team’s top laner, ADD surprised everyone with Teemo; it was the devious champion’s fourth appearance at a World Championship.

It wasn’t a mage, the class Seiya had shown control over in recent games, but he was more than willing to adjust his League champion pool to better serve the niche his team needed without a tank in the top lane.

“We knew that RNG was a team quite superior to Saigon [Buffalo] and MAD Lions, so we had to do something new, something different,” Seiya said.

“I had to fill the space that was left by picking Teemo top. Sion is a pick that we had practiced, and was not something new for us. The Teemo didn’t end up working, but we learned something looking back.”

As a minor regional circuit, the LLA possesses a strong domestic audience but struggles to retain international viewers due to a lack of advertising of the scene, as well as the lack of access via official League esports mediums.

Seiya hopes international League tournaments like these encourage viewers to explore regions like the LLA and the myriad of talent they have to offer.

“There is so much talent in the LLA, especially in mid lane,” Seiya said.

“The playoffs that we had this past summer was one of the most fun experiences I’ve ever had in my long career. I recommend that people give the LLA a chance—we have such talented players and we put on a great show.”

But for Seiya and the rest of Isurus, the results weren’t the most important factor of their run at Worlds. Being able to play in Mexico, the mid laner’s home turf, surrounded by echoes of cheers from fans, was enough to bring the team the encouragement they needed. Some stages, Seiya even felt at like he was competing in the LLA regular season rather than on the Worlds stage.

But Seiya says he still has a bit of work to be done in his already-decorated career. While he’s proud of all he’s accomplished thus far, he can’t pinpoint any single win in his League career as his proudest. Instead, his goals lay in what he hopes to do for the future of the LLA in general, particularly through international recognition.

“What’s special to me is that it’s been almost 10 years since my first tournament, and I’m still able to play now just as I did then,” Seiya said.

“My dream is to bring a Latin American team to the group stage, but I haven’t achieved that yet. It’s more of a responsibility that I have than a dream—I have to do it. It’ll make me satisfied as a player, as a person, and that is my goal.”

The 2022 League World Championship continues this weekend with the start of the group stage in New York City, featuring the four teams that qualified from the play-ins stage: the LEC’s Fnatic, the LCK’s DRX, the LPL’s RNG, and the LCS’ Evil Geniuses.

While Seiya and Isurus won’t be part of any of the upcoming legs, they leave the international stage having captured the attention of fans across the world.

Is Group D the least competitive group at Worlds 2022?