Home League of Legends Blog Imagine if he had a real weapon: Riot outlines Jax’s mid-scope update coming to League next year 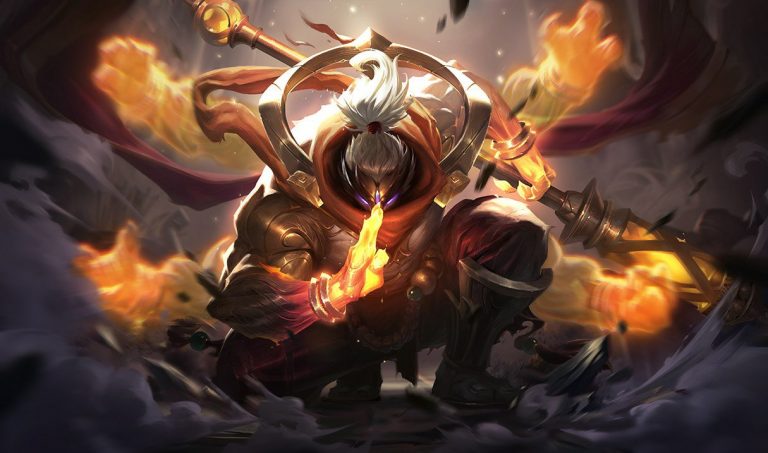 A couple of weeks ago, Riot Games officially confirmed Jax and Rell are next-in-line for a mid-scope update. After weeks of waiting, Riot revealed the entire list of changes Jax is getting with League of Legends Patch 13.1.

According to a post from lead champion designer August Browning last night, Jax is getting changes to his Counterstrike and Grandmaster’s Might. The goal is to make his ultimate spell more exciting and rewarding to use and to bring back the option to build him AP.

With all this in mind, Jax won’t be getting any changes to his passive Relentless Assault and Empower. Instead, Riot is focusing on giving Counterstrike more scaling, especially scaling with Ability Power.

The balancing team will increase base damage from 55-155 to 55-175, which will now scale with 100 percent of Ability Power. Since this will be such a make-or-break spell that will be crucial for AP Jax, damage bonus per attack dodged is decreased from 20 percent of total damage to 20 percent of base damage.

The biggest changes are coming to Grandmaster’s Might. Firstly, the damage is getting decreased from 100/140/180 (plus 70 percent AP) to 100-150 (60 percent AP). The spell will also have a new active that currently reads: “Jax swings his lantern around him, dealing 150-350 (plus 100 percent AP) magic damage to nearby enemies. If he hits a champion he gains 10-40 (+.1 bonus AD) Armor and Magic Resist, plus 14-22 (+.1 bonus AD) per champion hit for the next eight seconds. During this time the passive damage applies every second attack instead of every third.” Besides that, August hinted Jax will get a secret passive involving a fishing mini-game.

With these changes, Jax will lose the large majority of his scaling and dueling potential, meaning he will basically become a combination of melee AP assassins when playing against squishier champions and AP-oriented bruiser that might actually do well in teamfights.

Patch 13.1 is expected to hit the live servers early next year.