Home League of Legends Blog ‘I’m not sure what we are doing’: Fnatic star says team hasn’t scrimmed ahead of Worlds 2022 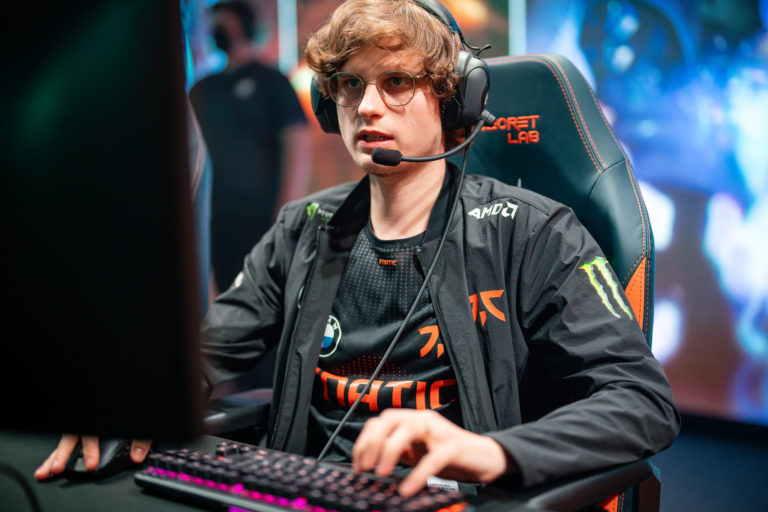 With only a week left until the start of the 2022 League of Legends World Championship, teams from around the world are busy preparing strategies and practicing for the biggest event of the year. But according to Fnatic’s star AD carry Elias “Upset” Lipp, the LEC’s third seed has yet to scrim for the tournament.

Popular League personality Nick “LS” De Cesare was speaking with the 22-year-old marksman during a recent stream when they started to talk about Fnatic’s upcoming trip to Mexico City in two days. Upset said that the team was leaving for North America this coming Saturday, Sept. 24 but confessed that the team has yet to scrim with any teams.

Both Upset and LS laughed awkwardly for a moment before the former Cloud9 coach asked whether European teams were “scrimming against each other endlessly in a triangle” like NA teams. Upset responded that the other EU teams were probably playing against each other, but Fnatic haven’t due to a plethora of different possible reasons.

“I don’t know, to be honest, I think other teams are scrimming with each other,” Upset told LS. “I don’t know, I’m not sure what we are doing. I think it was a long split [and] we’re taking a break, I guess, not sure. I think other things are better for different people, maybe, but it was a bit hard with the patch as well.”

LS couldn’t help but laugh at the absurdity of the situation. With the amount of time left before the start of Worlds, Fnatic will have an incredibly limited amount of time to find scrim partners before they have to suit up and fight for their spot in the main event through the play-in stage. Their situation is glaringly opposite to other teams in other regions, who have been practicing together since the end of the playoffs.

Evil Geniuses’ coaching staff head Peter Dun, for example, confirmed that the team has been scrimming all week, saying that “it’s one of the most important times of the year” and that “all the NA teams have started.” It’s a worrying sign for European fans who are looking for all their representatives to qualify for the group stage.

The Worlds 2022 play-in stage starts on Thursday, Sept. 29. Fnatic will be taking part in the second match of the day against the LCS’ third seed, Evil Geniuses.

Dot Esports has reached out to Fnatic for comment.