Home League of Legends Blog ‘I’m losing my mind watching this’: Rekkles left in disbelief over NA tactics at Worlds 2022 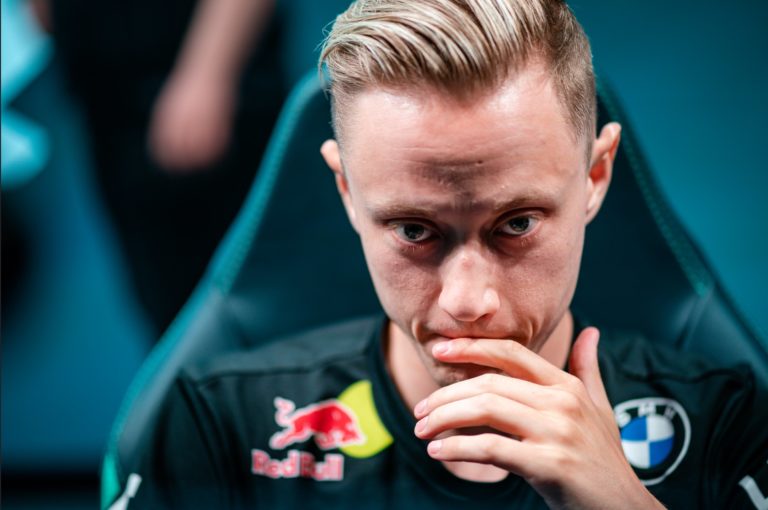 Karmine Corp AD carry Rekkles was not impressed when watching Cloud9 make an attempt to go blow-for-blow with T1 during yesterday’s game at the 2022 League of Legends World Championship. While watching the game on his personal livestream, Rekkles got continuously frustrated with C9, questioning their macro play at every turn.

In a clip from Rekkles’ stream posted to Reddit, Rekkles criticized C9’s strategy of leaving mid laner Jensen alone in a side lane to be ganked by T1’s top-jungle pairing of Zeus and Oner. “Why are we playing weakside Azir?” he asked into the void, getting no response from C9 as Jensen died alone.

The team continued to funnel resources into Fudge’s Jax, who, despite C9’s best efforts to get him ahead, finished with a measly scoreline of 0/3/1 and 4,000 gold behind his lane opponent, Zeus, according to League stats site Games of Legends.

C9 did not lead in gold at any point during this game except for the four-minute mark, when they led by exactly 65 gold—about four minions’ worth.

The icing on the cake, though, came when C9 tried to gank Faker in the bottom lane but failed to get a kill after he used Lissandra’s Glacial Path (E). Rekkles immediately called for the team to surrender.

“They’re so bad,” Rekkles said as he leaned back in his chair, hands over his eyes. “I’m so sorry to say this, but they’re so bad.”

C9 went on to lose the game just five minutes after their disaster of a macro play was criticized by Rekkles.

The team currently sits with a 0-3 record through the first round robin of the group stage. C9 will look to make a miracle happen on Thursday, Oct. 13, when they play all of their second round robin games at Worlds 2022.