Home League of Legends Blog ‘I highly doubt that these 5 players will play in the same team again’: Razork talks Fnatic future 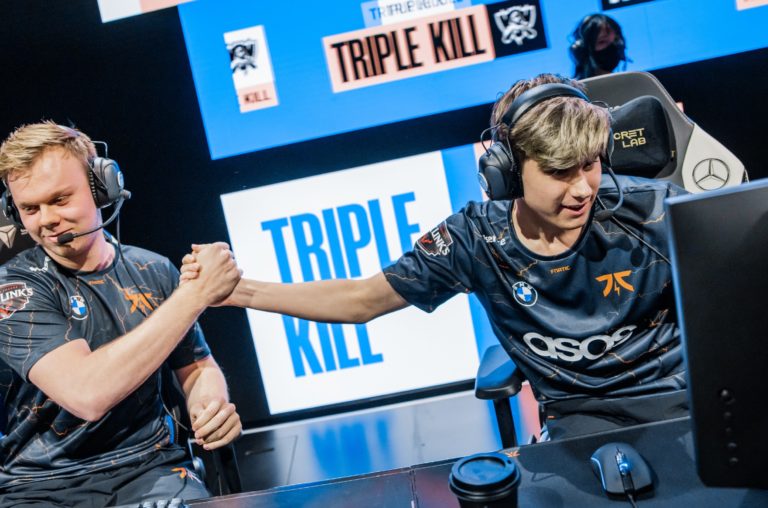 After their recent exit at the 2022 League of Legends World Championship, Fnatic must make some big decisions for the upcoming 2023 offseason. All of their players are contracted until 2023 or beyond, but the team’s jungler Razork believes that change is in order for the team.

“I highly doubt that these 5 players will play in the same team again in the future so I wanted to thank all my team for all these moments they have made me live,” Razork said in a caption on Instagram. “I had a great time with all of them and I’m sure that this year will be unforgettable for the rest of my life.”

The 22-year-old also admitted that it has been a difficult year for him both personally and professionally, after he and his team failed to top both the 2022 Spring and Summer Splits in the LEC. At Worlds 2022, the team started off red-hot with a 4-1 record through the play-ins, and even won two of their first three matches in the group stage against Cloud9 and T1.

Unfortunately, they choked their first round robin success away by losing all of their games in the second half of the stage. It was a shocking collapse that took many fans off-guard, and a heart-wrenching way for the team to end their year.

Razork was also tied for the fourth-most deaths in the LEC during the Summer Split, and struggled to find consistent success alongside his teammates. Although it’s been a tough year, the Spanish pro is proud of the growth they’ve had over this split.

While Fnatic heads back to the drawing board, the rest of the professional League scene will keep their focus on Worlds, where there is still one more European and North American team alive in the tournament: 100 Thieves and Rogue.

JDG win first tiebreaker of Worlds 2022 group stage, advance out of Group B as first seed