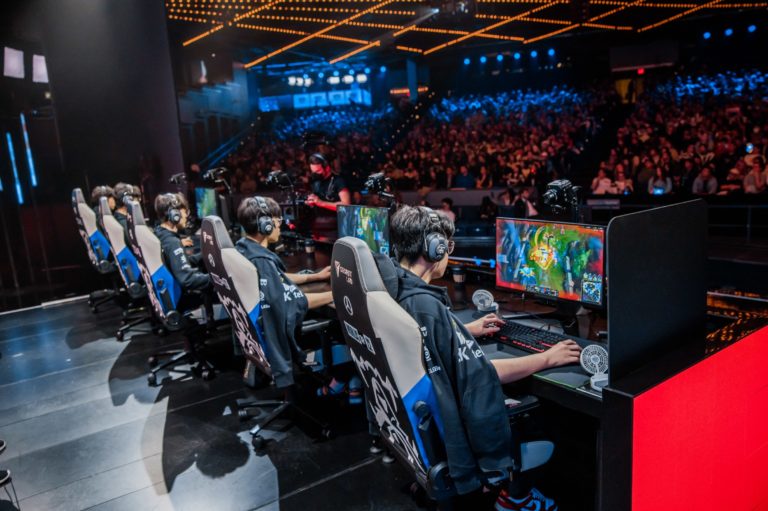 After 50 games across eight electric days in New York, the group stage of the League of Legends World Championship has come to a close. Following the conclusion of groups, the initial matchups for the next stage of the tournament—the knockout stage—were drawn at random.

In the group stage, T1, JD Gaming, DRX, and Gen.G earned the top seeds out of their respective groups, ensuring they would face a team that finished second in groups in the first round of the knockout stage. Those second seeds from the group stage were Edward Gaming, DWG KIA, Rogue, and Royal Never Give Up. Three of the four groups required a tiebreaker to settle who would emerge as the number one seed.

Following World Championship quarterfinals, the tournament will shift out of New York City and go back on the road for the semifinals, which will begin in Atlanta, Georgia on Oct. 29. The finals of Worlds will take place on Nov. 5 in San Francisco, California.

This weekend, the eight teams will play one best-of-five match a day, with four teams eliminated from the event by the time the quarterfinal round ends on Oct. 23.

Here are the matchups for the 2022 Worlds quarterfinals.

Worlds 2022 quarterfinals begin on Thursday, Oct. 20 with JDG vs. Rogue.