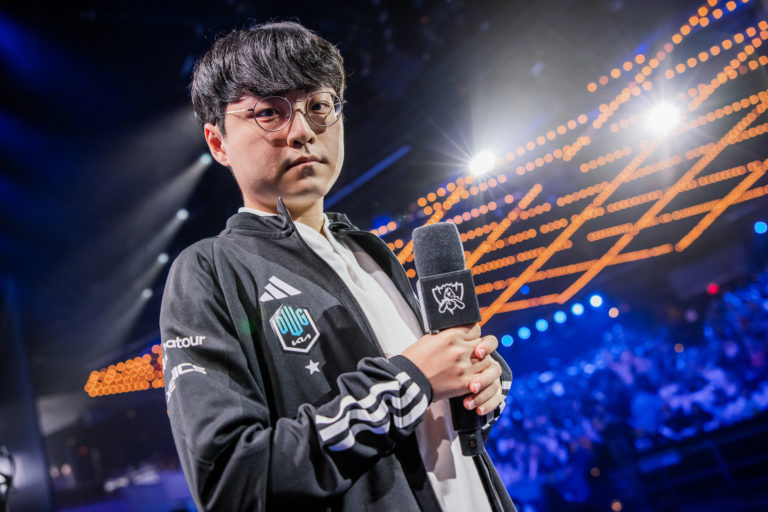 Well, LCS fans, it’s important to remember that nothing lasts forever. It’s only been a day into the group stage at the 2022 League of Legends World Championship, but it’s clear that the region has plenty of work to do to catch up with the competition at the tournament.

There were plenty of marquee matches to keep up with today, with former champions and international rivals meeting for the first time this year. G2 Esports and DAMWON KIA continued their own battle for supremacy, Fnatic and Cloud9 collided in the first match of the day, while T1 took the stage against the defending champions, Edward Gaming.

It was a perfect lineup to start off the most exciting part of Worlds, and here are some of the biggest storylines that unfolded throughout the first day of the stage.

It hasn’t even been a week since North American League fans felt the elation of victory over Europe when Evil Geniuses took down MAD Lions to eliminate them from the tournament. It was the first time that an LCS team had won a best-of-five series over an LEC team (not including Rift Rivals) and many fans didn’t know how to react. But as the first game of the day came to a close, a familiar feeling began to creep back for many NA fans.

All three NA representatives failed to record a win today: C9 dropped their match against Fnatic, 100 Thieves took an unexpected loss against CFO Flying Oyster, and EG were eventually run over by China’s destructive first seed, JD Gaming. It’s disheartening for most supporters, but don’t raise any alarms just yet.

There are plenty of games left to go and a lot of ground to cover. The meta is still evolving and all three teams have a chance to gather themselves, create a good game plan, and execute accordingly. There’s nothing to worry about, surely.

Besides the LCS teams, however, there were plenty of heavyweight matchups taking place in New York that will satisfy any League fans. From perfect teamplay to individual efforts, the best teams from around the world did not disappoint.

For example, if you want destructive, unparalleled teamfighting and fearless engages, watch JD Gaming’s match against EG. If you’re looking for explosive gameplay from a top-class marksman, check out Royal Never Give Up’s AD carry GALA as he popped off with six kills and three assists on Aphelios.

For any mid lane enthusiasts, ShowMaker put on a Shurima Shuffle clinic against G2, racking up eight kills and four assists with no deaths. But if you’re a North American fan looking for something to cheer for, you might want to wait until tomorrow.

In fact, tomorrow should be exciting to watch since it will be the first time that Group C will get to take the stage. Teams like Top Esports, Rogue, GAM Esports, and DRX will jump into the action at the Hulu Theater when the Worlds group stage continues to day two tomorrow at 4pm CT.