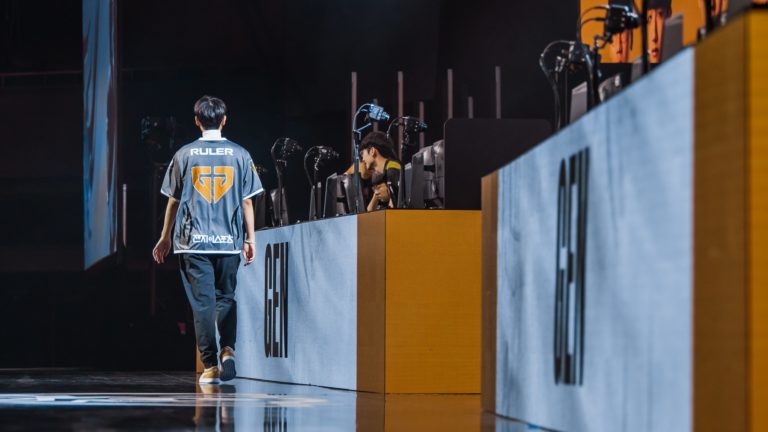 After almost five years of playing for Gen.G, Park “Ruler” Jae-hyuk is officially leaving the League of Legends team in search of new challenges.

Today, Gen.G shared an official goodbye video for Ruler, acknowledging and celebrating his every success and contribution to the organization. Ruler and Gen.G are parting ways upon mutual agreement.

Ruler joined the organization back in May 2018. Under his guidance, the team managed to find success during the regular season, consistently finishing the split in the top three. This led to the team securing their spot at Worlds two years in a row and getting as far as the semifinals before losing to what would eventually be tournament winners—EDward Gaming and DRX.

Over the course of this career, Ruler has played most of his professional games on Ezreal with a 58.3 percent win rate, according to Gol.gg. His second most-played champion professionally is Ashe, with a 62.5 percent win rate over 80 games. If we exclude the champions he has only played once, his highest win rate champion is easily Jhin, with an incredible win rate of 81.4 percent over 43 games.

Bearing all these stats in mind, his incredible will to learn and improve, and the value he brings, Ruler will surely be an asset to any team he joins for the upcoming season.

YamatoCannon reportedly out at Fnatic after 2 seasons with LEC team