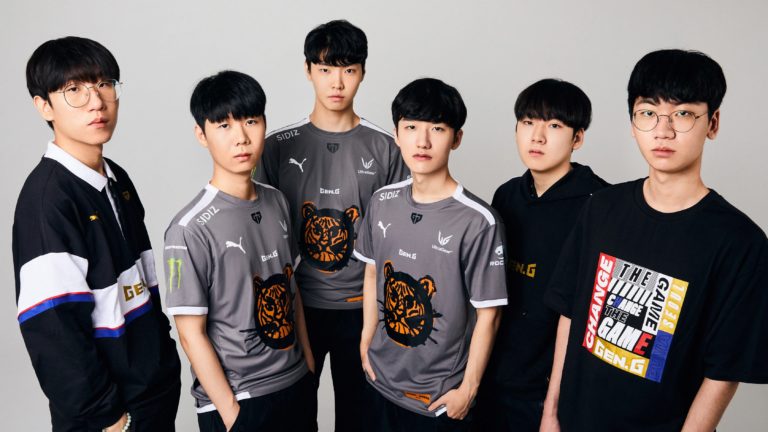 It has been quite an eventful offseason in the LCK. We saw one of the greatest shuffles of rosters in recent years, as well as some shocking signings that are set to make the South Korean league the most competitive it has ever been. With the latest signings officially confirmed on social media today, Gen.G has completed its roster for the upcoming season.

After extending the contract to its jungler Han “Peanut” Wang-ho on Nov. 21, the Korean org also confirmed its top laner Choi “Doran” Hyeon-joon for the next season. Both players received a one-year contract extension, expiring on Nov. 20, 2023.

With Ruler parting ways with the org before the start of the free agency period, Gen.G was already on the move to look for a new ADC. That being said, the org made the decision to stick to its own home-grown talents and promoted Kim “Peyz” Su-hwan from the Challengers team to the main team. Gen.G is looking to keep him for the long run, extending his contract until the end of 2024.

Peyz was one of the best-performing ADCs and rising talents from the LCK Challengers League. It will be exciting to see how he fares against some of the best Korean bot learners in the world, like Kim “Deft” Hyuk-kyu, Lee “Gumayusi” Min-hyeong, and Park “Viper” Do-hyeon, who is returning to the LCK.

Following Son “Lehends” Si-woo’s departure, Peyz will pair up with support Yoo “Delight” Hwan-joong. This marks his return to the org after he started his competitive career at Gen.G academy and played for the last two years on Fredit BRION.