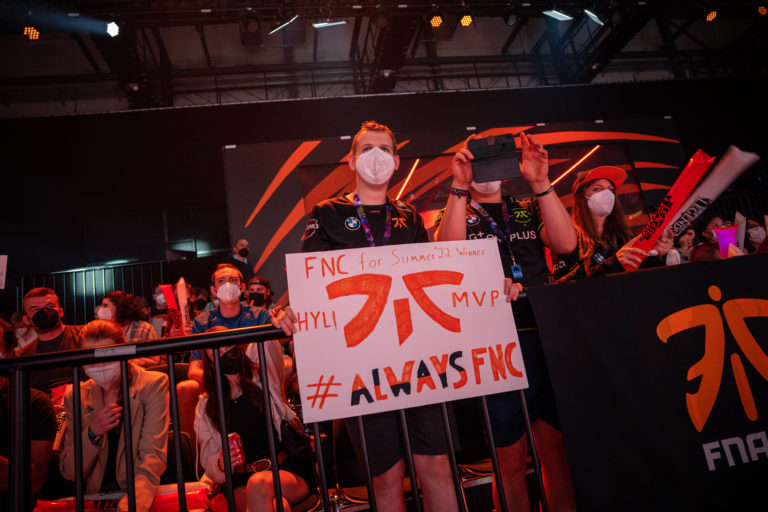 Fnatic has been granted an emergency roster addition for the start of their Worlds 2022 run. The team has called up Portuguese support Rúben “Rhuckz” Barbosa from its ERL team, Fnatic TQ, according to a statement from Riot Games.

The news comes on the heels of a positive COVID test for both members of Fnatic’s bottom lane, Upset and Hylissang, on Friday.

In a follow-up tweet, LoL Esports said that it “look[ed] forward to seeing them at Worlds,” seemingly leaving the door open for both Upset and Hylissang to rejoin the team should they be able to travel, and provided that Fnatic have not been eliminated.

This marks the second year in which Fnatic has had a member of its roster pull out of the tournament just days before the games started. In 2021, AD carry Upset left Iceland due to a personal matter, leaving then-Fnatic Rising AD carry Louis “BEAN” Schmitz to play all six of the team’s group stage games. They finished 1-5.

Support Mauno “beansu” Tälli is listed as a substitute support on Fnatic’s main roster, along with AD carry BEAN. Although there has been no official word as of the time of writing on who will take Upset’s spot as the team’s AD carry, it stands to reason that BEAN could again be available under similar circumstances. He has been Rhuckz’s bottom lane partner on Fnatic TQ for two years, a run that included an LVP Spring title and EU Masters quarterfinal berth earlier this year.

Fnatic open the Play-In Stage against both Evil Geniuses, who are also coincidentally fielding a substitute in the bottom lane due to Danny’s absence, and Chiefs Esports Club on Friday.