Home League of Legends Blog Fan favorites: The most popular teams at LoL Worlds 2022 according to viewership 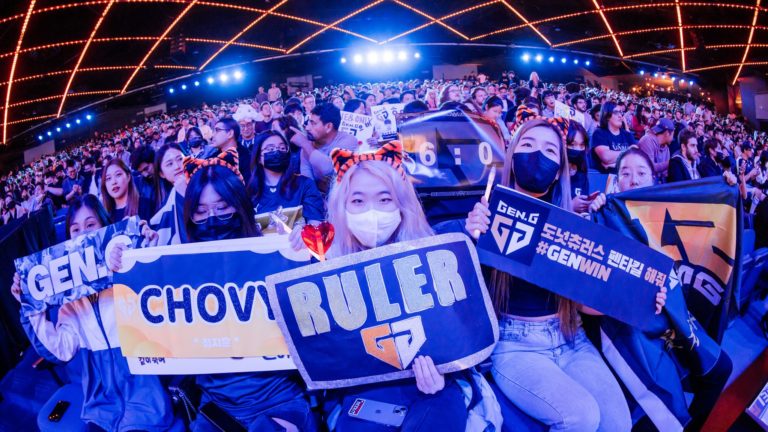 Now that the group stage of the 2022 League of Legends World Championship is finally over and we have our worthy contestants in the running for the Summoner’s Cup, there’s nothing else left except reveling in the stats. After tackling the most bloodthirsty teams, post-group Pick’Ems stats, and the biggest winners and losers of the group stage, it’s high time we learned who are the most popular teams according to viewership.

The belle of the ball, according to Esports Charts, has easily been T1, with over one million viewers dedicatedly following their Worlds journey. Just behind them, with little less than a million regular followers, have been Fnatic and EDward Gaming.

Unsurprisingly, the most watched match is easily the match between T1 and Fnatic, rich in rivalry narrative and suspenseful attempts to outbest one another. The second most-watched match of the group stage was, expectedly, T1’s match against EDG. And finally, the audience really loved the skill intensity and back-and-forth tension between Gen. G and Royal Never Give Up.

The group stage peaked with 1,390,933 viewers, which is—when compared to the last year’s metrics which were 38 percent higher—anticlimactic for an event of that size. The viewership numbers also dropped by 37 percent when compared to last year’s Worlds.