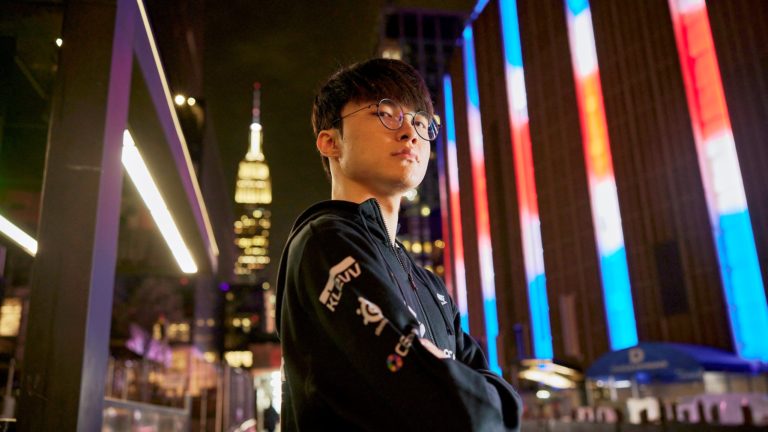 Three-time League of Legends World Champion and longtime T1 mid laner Faker shared his thoughts on being a veteran and how he has learned to deal with the pressure of being at the top for so long in an interview with Upcomer’s Warren Younger.

While Faker is a three-time World Champion, the last time he hoisted the Summoner’s Cup was at Worlds 2016 following their 3-2 victory over Samsung Galaxy in the grand final. The veteran T1 mid laner, however, now finds himself with a realistic shot at grabbing his fourth World Champion title. A lot of that comes from his ability to overcome “pressure.”

“I feel like, in the past, there were a couple of times where I felt pressure but now that I can actually overcome that on my own, now I get even more excited,” Faker told Upcomer. “When I play, I play off of those really positive, optimistic emotions.”

In 2021, T1 rebuilt its entire lineup around Faker by slowly developing rookie talent throughout that season. Now, in 2022, Faker is surrounded by a group of talented players who don’t have as much experience as him. Cumulatively, his four teammates on T1 have played 17 LCK splits in the LCK while Faker himself has played 22 splits as a League professional.

Being the veteran on T1 amongst a group of young talent is one of the things that drove Faker to become an even better professional and address these weak spots of his own.

“Everyone surrounding me kind of looks up to me especially because I’m the captain of the team,” Faker said. “That’s why I think I put even more effort to show a better version of myself and make sure that I’m available whenever they need me for help.”

After defeating the LPL fourth seed Royal Never Give Up in the Worlds 2022 quarterfinals, Faker will move forward into the semifinals against the LPL first seed JD Gaming. While the semifinals have been Faker’s roadblock since 2019, the “pressure” of these challenges in his way no longer scares him. Only time will tell if that renewed mindset will transpire into his fourth World Championship title.