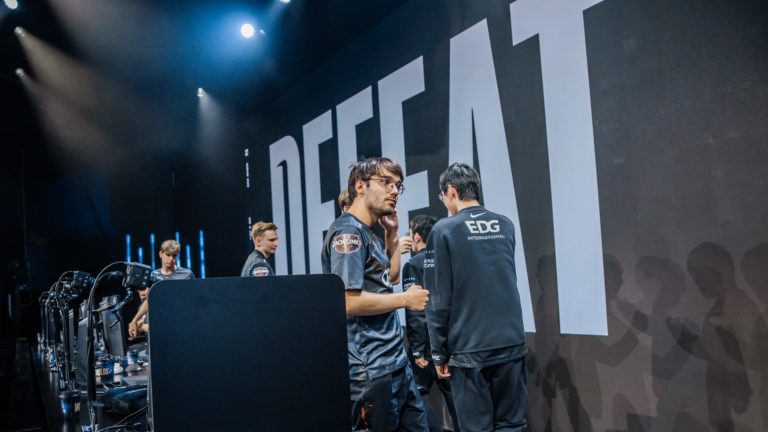 European and North American teams have performed atrociously against Chinese and Korean squads so far at the 2022 League of Legends World Championship.

Throughout the play-ins and group stage of the tournament, teams from the West recorded a shameful 3-24 record against the LPL and LCK representations at the tournament.

The only three wins versus the major regions come from Fnatic and Rogue. The former managed to secure one win against T1 in the first week of the group stage, and the other two victories were claimed by Rogue, who defeated DRX and Top Esports.

Neither EU’s G2 Esports nor NA’s Cloud9, Evil Geniuses, or 100 Thieves were able to win against LCK and LPL teams, with all of them having at least two shots to do so. Eliminated in the play-ins, MAD Lions also finished the event with a 0-2 record against the LPL and LCK after losing to Royal Never Give Up and DRX.

Naturally, this embarrassing record could be improved in the knockout stage by EU’s Rogue. The 2022 LEC Summer champion will be facing JD Gaming for a spot in the semifinals. If they manage to advance further, they will eventually face T1 or RNG. That being said, JDG are the clear favorite ahead of the upcoming matchup.

Here are the matchups for Worlds 2022 quarterfinals