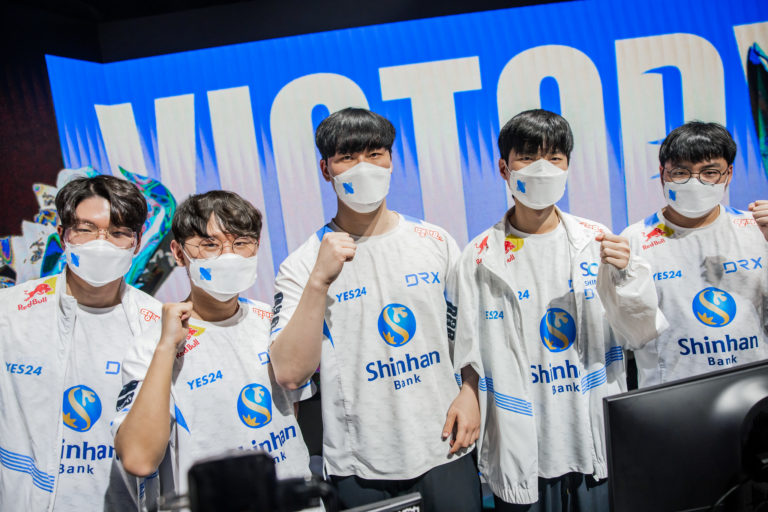 The play-in stage at the 2022 League of Legends World Championship has almost come to a close, but not without a ton of fireworks exploding from the two action-packed groups.

Fans in attendance at the LLA Studio in Mexico City were treated to some of the most exciting matches of the stage yet today, with a handful of different upsets and superstar performances highlighting the day. Whether you’re a hopeful North American fan cheering on Evil Geniuses or an excited LOUD fan hoping for history, the final day of the play-in best-of-ones did not disappoint.

Here are the biggest storylines to take away from the fourth day of Worlds 2022.

For a Korean fourth seed like DRX, winning every game through the play-in stage is the perfect way to not only build confidence in your whole team but also garner some momentum as you jump into a group against Top Esports, Rogue, and GAM Esports. Even though they were forced into a really close comeback victory against MAD Lions today, DRX locked in first place in their play-in group and a spot in the main event.

Over the past five days, all eyes have been on the team’s mid and bottom lane carries. Zeka and Deft had two of the highest KDAs of the stage⁠: The talented top laner had a 15.3 KDA on 37 kills, 24 assists, and only four assists, while the veteran marksman had 23 kills, 40 assists, and six deaths, leading to an impressive 10.5 KDA.

LCS fans were given a quick scare when EG dropped the one game that would have guaranteed them a top-two finish in Group A. DetonatioN FocusMe showed up big, and with a tiebreaker showdown looming, many NA supporters suddenly had to worry about one of their top teams’ future at Worlds.

After two tiebreaker matches, however, EG showed up huge. Whether it was Jojopyun’s superhuman efforts on Akali or Impact’s unkillable Mordekaiser, the surging LOUD and DFM weren’t able to contain the strength of their opponents once they got the ball rolling and their strategies set. Now, EG have one more test ahead of them when they take on either the LEC’s MAD Lions or Vietnam’s Saigon Buffalo.

Even though Fnatic have yet to scrim with their full starting roster, the European third seed haven’t missed a single step when it comes to Worlds so far. The team only dropped one game across the play-in stage and finished off their impressive run with a dominant win against Beyond Gaming to capture first in Group A.

Although they’ve guaranteed their place in the main event, they must now scramble to get some practice time together before they take the stage against some of the toughest teams in the world. Long gone are the minor region teams. Welcome to the big leagues, where organizations like T1, Edward Gaming, and JD Gaming are all waiting to battle on Summoner’s Rift.

Slicing and dicing: Humanoid brings Fnatic towards a top finish in the play-ins stage of Worlds 2022