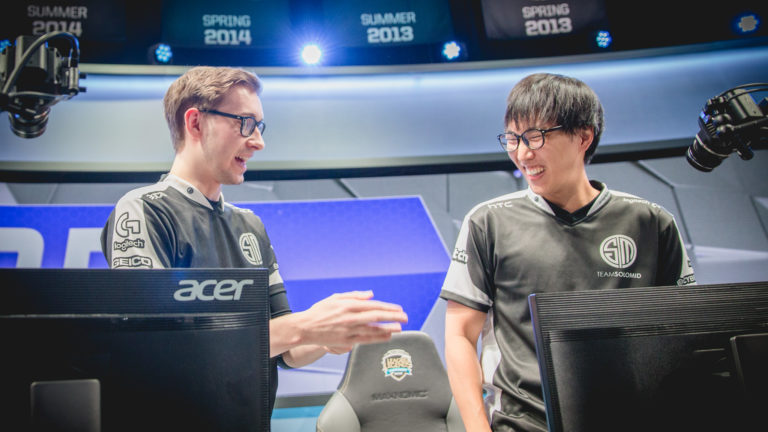 Doublelift, a seasoned League of Legends veteran who retired from the professional scene in 2020, will return to the LCS stage with 100 Thieves next season, according to a report from independent League journalist Brieuc Seeger.

Doublelift’s return to the LCS marks a comeback two years in the making. The esteemed AD carry had last played in the league under the TSM banner in 2020, leading the team to a domestic championship—the eighth of his career.

With 100 Thieves, Doublelift will reportedly reunite with a teammate from that 2020 championship-winning TSM squad in mid laner Bjergsen, according to a separate report made earlier today, also by Seeger. Bjergsen and Doublelift played intermittently with each other throughout their careers, with two separate stints on TSM between 2016 and 2020. They both retired within weeks of each other following TSM’s dismal performance at the 2020 League World Championship, but Bjergsen returned to the competitive stage earlier this year.

Next season, the pair will team up for the third time in their career, but for the first time, they will do so outside of the TSM organization.

100 Thieves have made none of their intentions regarding the 2023 LCS season official at this time, although it was reported last month that the organization intends to promote support player Busio, the top prospect in North American League, to the LCS level with the start of next season. Busio wouldn’t be the first rookie support Doublelift has played with in his career, as he also famously spent time alongside Biofrost on TSM during his rookie year in 2016. Together, they made for one of the strongest bottom lane duos in the west.

100 Thieves has also reportedly reached an agreement with MAD Lions AD carry UNF0RGIVEN. Although the report, which was also made by Seeger earlier this week, made it unclear as to whether UNF0RGIVEN would play at the Academy or LCS level, the reported agreement made with Doublelift has made it abundantly clear that UNF0RGIVEN will serve as a backup in 2023.

The League of Legends free agency period will officially begin when players’ contracts begin to expire globally on Nov. 21.