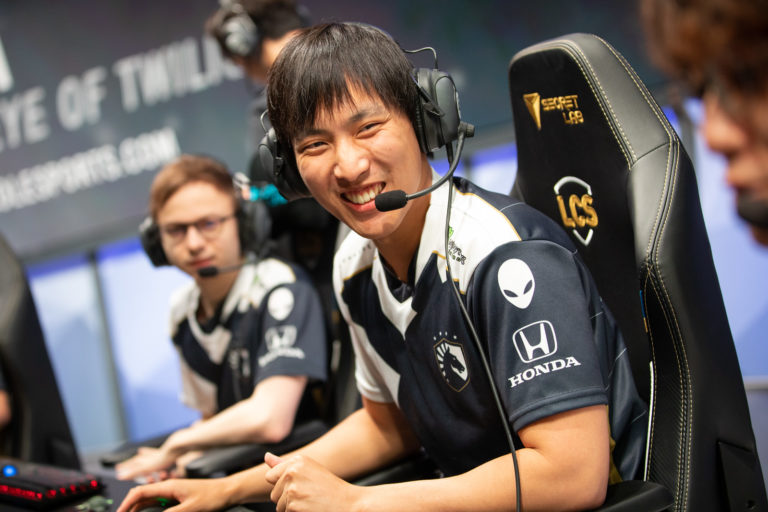 It’s been two years since former superstar AD carry Yiliang “Doublelift” Peng stepped away from the professional League of Legends scene, but according to recent reports, the legendary marksman might be making a return to the stage.

Esports journalist Brieuc Seeger has said the 29-year-old content creator and streamer has been supposedly speaking with multiple LCS organizations for a possible comeback in 2023.

There haven’t been any plans settled as of yet, but the prospect of the perennial LCS champion returning already has LCS fans in a frenzy.

Doublelift is well-known around the world for his explosive mechanical skills, along with his supreme confidence both on and off the Summoner’s Rift. Across his career, he has won eight LCS titles with Counter Logic Gaming, TSM, and Team Liquid. With five All-Pro nominations and five All-Star appearances to boot, there are many people who consider him to be the greatest player in NA history.

The last time Doublelift played professionally was back in 2020 when he played for TSM, where he endured a roller coaster of the year—he was benched by Liquid during the Spring Split due to lack of motivation, and eventually the team crashed into ninth place. That summer, he rejoined TSM alongside some familiar faces like Biofrost and Bjergsen, only to finish fourth in the regular season.

Considered a bit of an underdog, that 2020 Summer Split TSM iteration went on to capture another LCS championship after a gritty lower bracket run, only to bounce out of the 2020 World Championship after failing to capture a single victory during the tournament’s group stage. It was a heartbreaking way to finish off the year, and in that following offseason, he announced his retirement.

With the LCS having completed its worst showing in Worlds history, Doublelift could help inject some excitement into the league for next year. There are plenty of different teams that could swipe up the iconic marksman, seeing as many would want his veteran knowledge, international experience, and leadership skills.

WELCOME TO THE MUNDOVERSE! Season 13 BIG Buff For THIS Guy!

Gamebreakers: The 4 semifinals League stars who can win Worlds 2022 for their teams