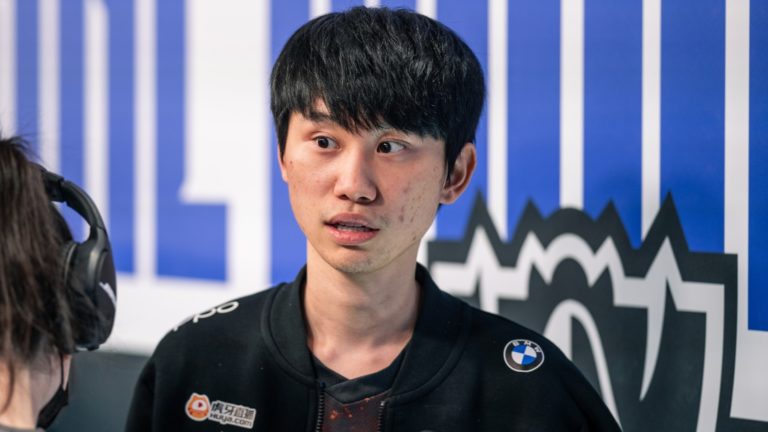 We won’t see the former world champion on Summoners Rift at the start of the 2023 LPL season.

On Nov. 12, LNG Esports parted ways with mid laner Kim “Doinb” Tae-sang, who is now a free agent. While some were expecting Doinb to join another organization before the end of the transfer window, the mid laner said on his stream that he will instead be taking a temporary break from professional play.

“I thought about it for a long time, I want to rest a little bit, give me some time to re-adjust and I’ll come back because I still love playing on stage and competing, I’m not retiring, it’s just a break,” Doinb said according to a translation by LPL Fanclub.

“My playstyle is different from others, and it’s quite a particular one, so in this period I will keep playing League and change my mindset a bit, and mess around less in-game. I want to get back to the form I had back in 2019 and 2020 and get rid of all those tank items,” he added.

Doinb is known for playing unorthodox champions in the mid lane like Kled and became a world champion by playing Nautilus in the finals of Worlds 2019 against G2 Esports.

Later into the stream, Doinb also mentioned his plans for 2023. “After Spring Split starts, I will often go to the LNG facility and watch their games and scrims, so I can come back earlier. Next year, I will be watching all games, but the thing is that I lost confidence. You guys know the results I had in the last two years, I’m not satisfied with myself,” he said.

Doinb was part of the FPX squad that was eliminated at the Worlds 2021 group stage. This year, instead, he failed with LNG to qualify for Worlds, finishing third in the LPL Regional Finals.

“Last year you ask me if I could take a bunch of young talents to Worlds, I would say yes. Now I won’t say so. So after talking with the team, I decided to rest and gain confidence,” Doinb said.

“There are other teams contacting me other than LNG. For me, I need to join a team that can win Championships, I can’t join a team that is not going to perform. Now I need time to regain confidence. For how long? Might be short, might be long,” he added.

With the transfer window closing on Nov. 14, LNG will have to find a new star mid laner for their squad. One thing is certain, however, that player won’t be Doinb.