Home League of Legends Blog Caps, Razork, and other LEC stars divulge which players and teams they want to face off against at Worlds 2022 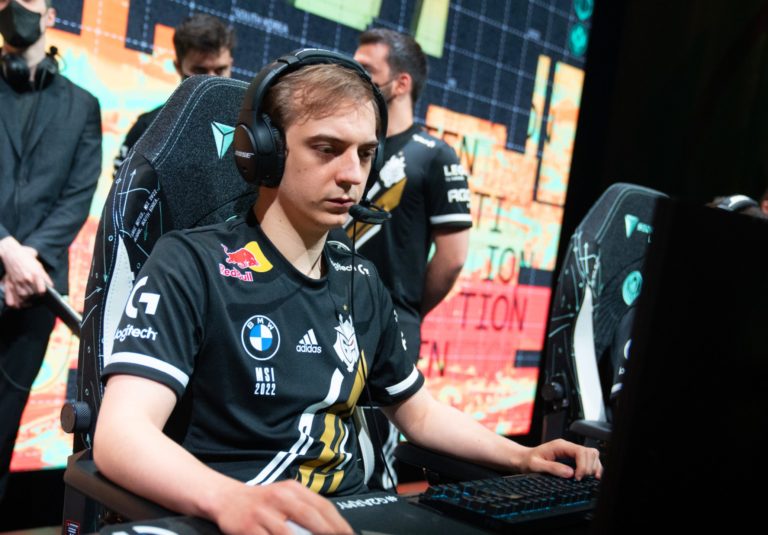 With the 2022 League of Legends World Championship just around the corner, fans from all over the globe are preparing to support their own regional representatives as they battle against the best in the world.

For European fans, Rogue, G2 Esports, Fnatic, and MAD Lions will be bringing the fiery spirit of the LEC to North America when the tournament begins. Before the event kicks off, however, a few star players revealed the teams and players that they’re most excited to face off against in a new edition of the league’s video series, “Pros Talk.”

Razork kicked things off by naming JD Gaming’s superstar jungler Kanavi as the player he wishes to face off against at Worlds 2022. Kanavi has been an essential part of JDG’s success this split, with his aggressive playstyle and supreme confidence leading the way for the organization’s first LPL trophy.

Superstar mid laner Caps aimed high with the player he wants to face at Worlds this year, naming Chovy and Gen.G as the player and team he wants to play against when the tournament rolls around. He said that although the hype around the LCK champs is warranted, he “definitely thinks [G2] can beat them.”

But Caps’ rookie teammate Targamas had revenge on his mind, picking T1 as the team he wants to face off against the most. At MSI 2022, Gumayusi and Keria crushed Targamas and Flakked in the bottom lane during the semifinals of the tournament, but with more experience under his belt, the 22-year-old is ready to see how much he and his support improved over the course of the year.

Rogue’s championship-winning bottom lane had a couple of different answers. Trymbi has a familiar face as his matchup of choice, placing the LPL’s Edward Gaming in his sights as a target. During last year’s Worlds, the talented support said that EDG was one of the hardest teams to face during scrims, and now, he’d like to test his mettle after another year to practice and improve his play.

Comp, on the other hand, is looking forward to facing off against players like Top Esports’ JackeyLove and JD Gaming’s Hope in the bottom lane. He also mentioned how proud he was of his career growth, and how this time last year, he was stuck on Team Vitality’s bench. Now, he has a chance to continue his trajectory as a budding European star at the biggest event of the year.

You can catch all of the LEC representatives in action when Worlds begins on Thursday, Sept. 29.