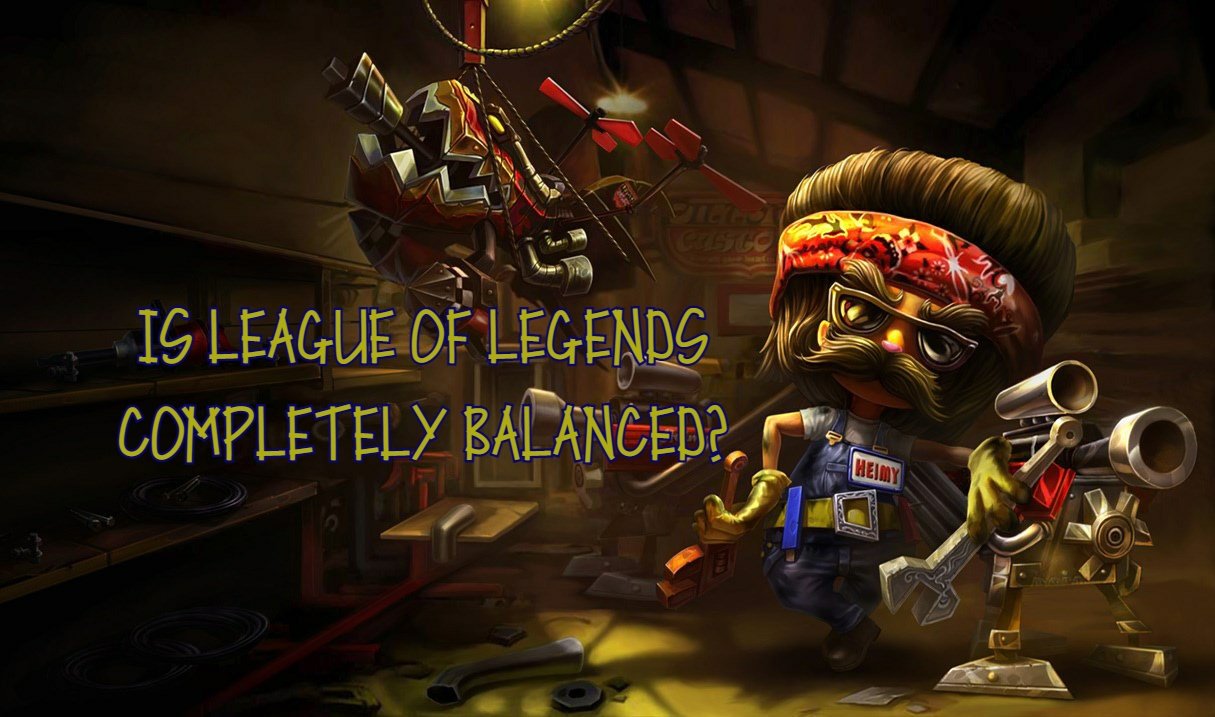 The League of Legends balance team has been releasing new patches every two weeks with changes in how champions, items, and other gameplay mechanics that completely revamp how we play the game. Players have been crying out that the game has been imbalanced every since its release and many question if there will ever come a time when LoL becomes completely balanced with no champion being too weak or too strong.

The Process of Balancing League of Legends

League of Legends is regularly getting balanced out with champions that are too strong getting nerfs and those that are too weak getting buffs. This ensures that the win rate and play rate of these champions come close to the average number with the only factor that affects those values being popularity among players. However, there never seems to be a shortage of patches with the champion’s power levels being equal.

The League of Legends balance team is in charge of making sure that the game is in a good state, but fans seem to always complain that they’re not doing their jobs. Is it that hard to make the game perfectly balanced? Let’s take a look at some of the reasons and processes behind what the balancing teams need to look at when trying to buff and nerf champions in every patch to make sure that the game isn’t overly-unplayable.

Nerfs and buffs doesn’t just look at the overall results of every game and judging which champions need changes from there. There are different tiers that Riot Games looks at when judging a character’s strength and that is Average, Skilled, Elite, and PRO. These difficulty tiers are individually monitored by the League of Legends balancing team but the changes in the champions affect all players so the effect can sometimes have a negative effect on the other tiers.

Average and Skilled tiers often have the most changes because they make up for the majority of the playerbase and are the most affected. Elite tier changes are often done to champions that are already really powerful or weak, so it also affects the average and skilled tiers as well. Changes for the PRO tier is mostly done when nearing the Playoffs tournaments and the international events. These are usually done for champions that are specifically strong in tournaments and not necessarily in standard games.

Champion releases and reworks provide a problematic time for the League of Legends balance team because it’s difficult to get a champion right on their first try. Oftentimes, a new champion will be overtuned, causing fixes being released more often. Sometimes, Riot Games will release emergency patches to address a really powerful champion which has happened a lot in the past with champions like Aphelios and Reworked Irelia.

New champion releases create a ripple effect in the League of Legends meta with some champions pairing really well with them or work as a counter-pick against them. The increase in pick rate can cause the League of Legends balance team to make changes for those champions as well to avoid the game revolving around counter-picking a specific champion. Riot’s ultimate goal is to make sure that each and every champion has a decent pick rate.

Seasonal patches is also another part of the game’s development that can cause a lot of problems for the League of Legends balance team. Seasonal patches often include massive changes to how the game is played and introduced new game mechanics that can be extremely game-breaking. It is introduced towards the end of the year after the conclusion of the League of Legends World Championships and the final leg of the Ranked Season.

Recently, Riot Games introduced the new elemental drakes which were the Hextech and Chemtech Drakes as part of their Netflix Arcane promotion. However, the Chemtech Drake’s effects were simply too game-breaking and caused irregular win rates to the team that managed to secure the soul, making the game almost unwinnable. This forced Riot Games to completely remove the drake since they found no way to nerf it until it was balanced.

Will League of Legends Ever Be Balanced?

The game features over 160 champions and over 200 items that get regular changes and new ones that get introduced every now and then. With so many gameplay features and combinations, it’s almost impossible for the development team to ever come up with a solution to make the game completely balanced across all gameplay difficulty tiers. The best solution is to constantly make changes that will make minor changes that will alleviate the problem.

The reason why it’s impossible to make the game completely balanced is because each and every champion has its own unique identity. The only way to make the game balanced is to make every single champion do the same thing as every other unit in the game so that skill expression becomes the only factor. However, nobody wants to play a MOBA game where every champion does the same thing because it simply defeats the purpose.

Is League of Legends Extremely Imbalanced?

The gaming community is known to overreact over every single detail and League of Legends being completely imbalanced is simply not true. League of Legends currently doesn’t have a champion that has a win rate of over 60% and anything that goes beyond that benchmark is immediately nerfed through an emergency patch. This means that playing against a specific champion is never completely unwinnable, especially since the game is heavily reliant on teamplay and coordination.

The League of Legends balance team may have a few misses when they’re creating new champions or trying to nerf or buff an existing one but they’re not completely incompetent as the community likes to claim. The team monitors every bit of gameplay feature available in League of Legends and makes sure that it doesn’t go over the average value.