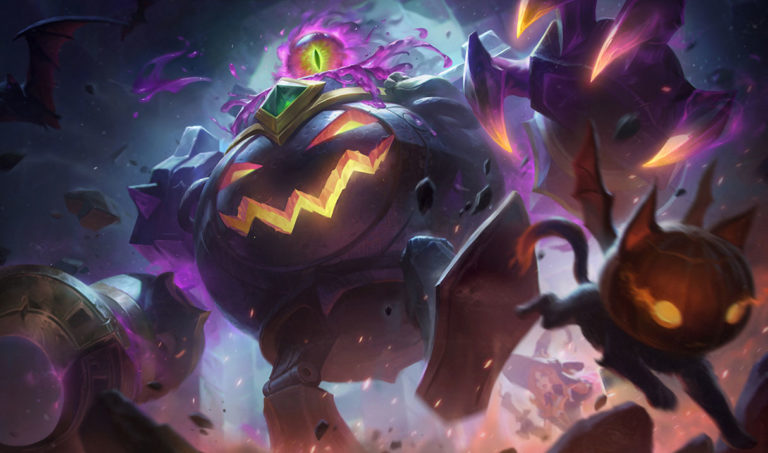 Blitzcrank, the Great Steam Gollem, is one of the original 40 champions released with the original League of Legends. Infamous for his Rocket Grab ability, Blitzcrank has always been an incredibly valuable asset to a teamcomp due to pick potential. On top of that, Blitzcrank’s ultimate is, after minor tweaks in the previous seasons, a strong tool against heavy-shielding teamcomps. But more balance changes are coming to the game soon.

Since direct buffs to Blitzcrank normally skyrocket him to the top of the food chain, Riot has been carefully buffing him since Patch 12.12. On Sept. 20, Riot issued a series of drastic changes for Blitzcrank that are rocketing Blitzcrank up to the top lane and jungle thanks to buffs to base attack speed and base attack speed ratio, new effects on Overdrive that deal one percent of the target’s max health as on-hit magic damage and additional damage to non-champions, additional damage to non-champions on his Power Fist, and lastly, buffed AP scaling on his ultimate, Static Field.

Although these buffs are aiming to send Blitzcrank to the top lane and jungle, it is difficult to predict if the solo lane Blitzcrank will catch on. Still, it’s an excellent opportunity to diversify and enrich otherwise straightforward support that has had the same playstyle since the release of League.

If you’re interested in the entire list of changes, you can find them here, or you can test them yourself on the PBE.

League’s MOST FUN Champ To EVER EXIST! (Maximum Girth Achieved)

The MOST OP Champion to CLIMB FAST on PATCH 12.18 – League of Legends