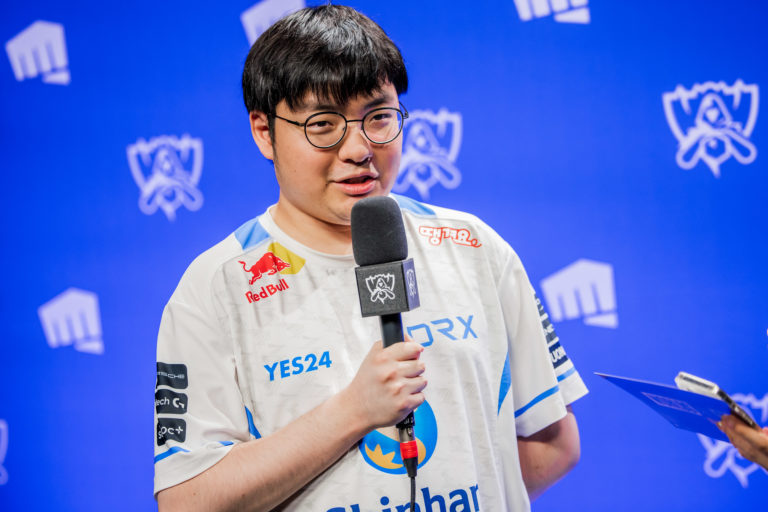 If you’ve been itching for some spicy picks at the 2022 League of Legends World Championship, then Group C has you covered. First, GAM Esports picked Karthus and blasted their way to victory, only for DRX and Rogue to throw their names in the hat for most unique picks of the tournament. Unfortunately for the European fans watching, only one wacky team composition would come out on top.

Both teams opted for wild support choices in today’s matchup, with BeryL picking up Heimerdinger and Trymbi locking in Nasus for himself. It shocked the fans in attendance at the Hulu Theater in New York while sending the analysts on broadcast into a hilarious state of confusion.

Off the rip, eyes were plastered onto the bottom lane to see the action between the two rare picks. But to no one’s surprise, the game played out quite predictably, with Ashe and Heimerdinger outpoking Nasus and Kalista with ease. Later on, Nasus had almost no effect on the state of the game, as Zeka’s Akali ran rampant due to the lack of crowd control on Rogue’s side.

Teamfights were relatively close, but always fell on the side of DRX as the Koreans eventually outlived Rogue’s initial burst of damage with Kalista, Rumble, and Jarvan IV. Meanwhile, DRX had champions like Vi, Ashe, and Heimerdinger to kick off a skirmish and bog down any enemies with a wall of CC.

With this win, DRX is now one game away from locking their place in the knockout stage of the tournament. They’ll need to beat Top Esports at the end of the day to guarantee their fate for the rest of the event, but TES could still bounce out of contention if they lose anymore games today. Meanwhile, GAM has been automatically eliminated from knockout contention.

Rogue fans, on the other hand, will be hoping that this Nasus pick was a one-and-done from the LEC champions. Besides this game, the team has looked stellar, and should still be considered a major threat for the next portion of Worlds.

Report: LCS games could move to weekdays in 2023