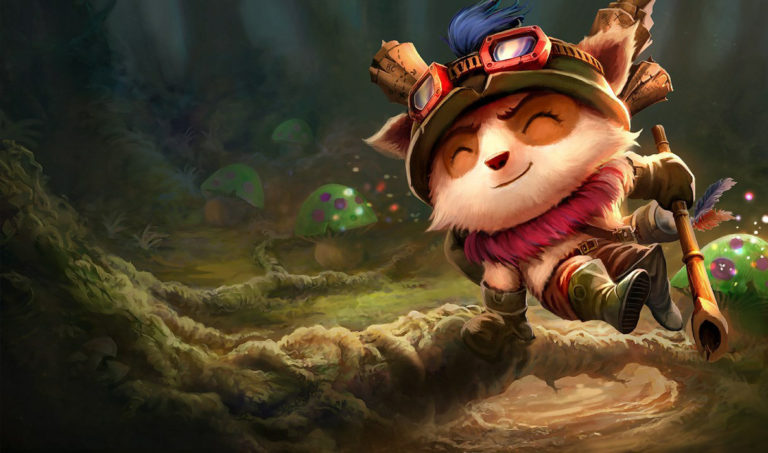 Your eyes aren’t deceiving you—that is indeed a Teemo on your screen.

The LLA’s representatives at the 2022 League of Legends World Championship, Isurus, have handed Teemo, the Swift Scout, to their top laner ADD in their play-ins match against RNG, resulting in an eruption of cheers from the hometown crowd. ADD had not played Teemo in his professional career before he played two games with the champion yesterday, in which he won both with a combined 23/4/20 KDA.

This is the fourth time that Teemo has been chosen at Worlds in the history of the tournament. While it currently has a negative win rate on the international stage, each time it has been chosen has resulted in unanimous shock of fans who never expected the Swift Scout, one of League’s most notoriously hated champions, to be what teams opt for to find a win.

The current top lane meta favors picks like Gnar, Aatrox, and Ornn, all of which have appeared on multiple occasions at Worlds so far and are expected to continue being prioritized picks for the remainder of the tournament. Teemo, however, doesn’t provide as much utility as these other picks and does not see play professionally or often in solo queue.

Teemo’s ability to poison, blind, and slow opponents—many of these can be done while the champion is invisible—have made him a nuisance for many players to lane against, though. They have also ultimately painted the Swift Scout as one of League’s most despised champions.

This pick unfortunately wasn’t enough for Isurus to earn their first win of the play-ins stage, making it near-impossible for the LLA representatives to advance to the group stage. But this game will be remembered for the team’s ability to stir the home crowd with a simple lock-in of a universally-detested Yordle.

Vamos: Brance burns two words into the minds of Fnatic as LOUD picks up another win at Worlds 2022

Lillia rules, Teemo drools, and Brazil gets LOUD on third day of Worlds 2022