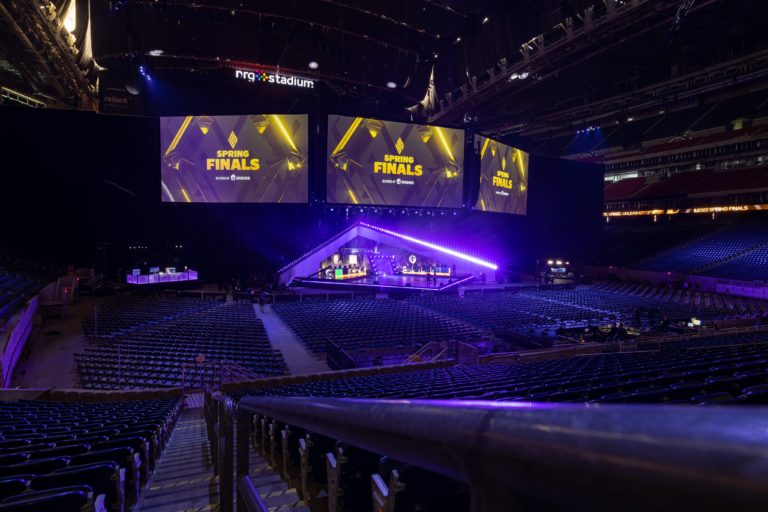 Riot Games is making huge adjustments to all major regions’ broadcast schedules ahead of the 2023 Spring Split. The biggest and arguably most controversial adjustment comes in North America, as the LCS is moving to weekdays. With the LCS studio shifting to the Riot Games Arena to accommodate for VCT games taking the North America weekend slot, NA fans are now without home-region League of Legends action on the weekends—or so they thought.

One of the other big changes announced earlier this month from Riot was the all-new North America Challengers League taking over for Academy. The aptly named NACL will combine the ten academy rosters with six amateur rosters from the North American scene to all compete against each other. Fitted with a regular season, playoffs, and relegation system, Riot has gone far to foster even more home-grown NA talent. The cherry on top for NA League fans? This all-new league will be streamed on the weekends.

This will no doubt bring a big boost in viewership to Riot’s newest project within the scene. The hope is to garner a North American viewer-base that has high-level NA League to watch throughout the week and weekend with the LCS and NACL on separate dates. On top of that, all NACL players will have access to Champions Queue, allowing the LCS pros and NACL hopefuls to mix even further in the new format.

Riot recently announced their full schedule for the NACL, including a start date of Jan. 21 and the return of promotion tournaments to North America starting late April. The Challengers League will host sixteen teams in total, including all ten former Academy rosters from LCS organizations. All previously known Academy rosters are now known as Challenger rosters. The remaining six teams were hand-picked from a list of amateur organization applicants, with some big names from the amateur scene like Area of Effect Esports officially slotted into the NACL.

Another notable event going down in late January is the first set of open qualifiers for the relegation tournament in late April. With the former Path to the LCS and Academy all merged into one with the North American Challengers League, these qualifiers will play a huge role in creating pressure and competition in the NACL. All throughout the first split of the NACL, open qualifier tournaments for any amateur org with a roster composed of high-elo players will battle it out for a chance to take a spot away from the worst performers in the Challengers League.

The first set of qualifiers for these hungry amateur rosters is the start date of the NACL, Jan. 21. There will be multiple sets of open qualifiers all throughout winter and spring to set up for the first relegation tournament seen in North American League in years.

Right now there is a ton of uncertainty and unknowns surrounding North American League, but the future is certainly looking bright for the all-new North American Challengers League in its new weekend slot.

The Top 5 Strongest Low ELO Champions in League of Legends