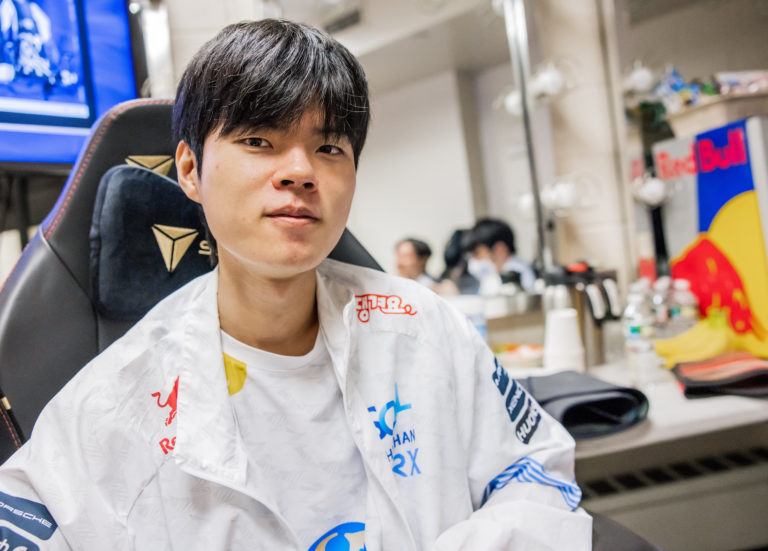 Deft is one of the most iconic players in the history of professional League of Legends.

Since 2014, he has been a household name among League fans. His historic performances on both the international and domestic stages have earned him recognition as one of the best AD carries to ever play the game.

At Worlds, Deft has traditionally been relegated to the quarterfinals, reaching the top eight at the event in five of his first six appearances. Although he’s never been eliminated in the group stage, Deft had only made it past the quarterfinals once in his career prior to 2022.

This year, though, Deft has taken the weight off his shoulders and won a quarterfinal series for the first time since 2014. Before he attempts to finish the job and win his first Summoner’s Cup with DRX, here’s a brief look at each of Deft’s individual placements at Worlds through the years

At his first World Championship, Deft reached the top four with Samsung Blue before running into his team’s sister squad and eventual tournament champions, Samsung White.

In 2015, Deft made a regional jump from Korea to China and was immediately greeted by high expectations. Even though Edward Gaming won the 2015 Mid-Season Invitational and came into Worlds as a candidate to take home the Summoner’s Cup, they were stunningly 3-0’d by Fnatic in the quarterfinal round of the tournament.

Deft and EDG made some progress in 2016, taking one game off the ROX Tigers in the quarterfinals at Worlds. Still, it wasn’t enough to get back to the semifinals and Deft exited from the tournament as a top-eight finisher for the second straight year.

After missing the tournament in 2017, Deft returned to Worlds in 2018, this time with KT Rolster. Deft’s return to the international stage as a Korean representative was doomed to a similar fate as his recent runs as an LPL rep, though. KT were knocked out of the tournament in the quarterfinal round by another eventual champion in Invictus Gaming by a score of three games to two. Years later, the KT/IG quarterfinal series is viewed by many fans as one of the best series ever played in League history.

In his first appearance at Worlds with DRX, Deft was eliminated in a far-less-competitive 3-0 sweep at the hands of DAMWON Gaming. DAMWON went on to win the tournament two weeks later, marking the third time in Deft’s career that his team would lose to the eventual world champion.

Hanwha Life Esports’ 2021 team is often regarded as one of the least-qualified rosters to ever reach the top eight at Worlds. It took a miracle run through the LCK regional qualifier, a red-hot play-in stage run, and a 3-0 week at the group stage just for Hanwha Life to reach the top eight at the tournament and fulfill Deft’s destiny of being eliminated in the quarterfinals.

This year, Deft finally broke the curse that had previously doomed him to exit the World Championship in the quarterfinals each season. After going down 0-2 to his former team EDG, DRX pulled off just the second reverse sweep in Worlds history (Top Esports over Fnatic, 2020) to miraculously reach the semifinals at the tournament. After 2,949 days of waiting, Deft is set to compete in just his second Worlds semifinals match.

Odoamne will not return to Rogue/KOI’s LEC lineup in 2023, according to report